There are much more than a dozen reasons to celebrate today. It is Leonardo's birthday and he is a dozen years old. He is my first born and I sit here today a bit stunned realizing that twelve years have passed since we first met. This is how he looked then. 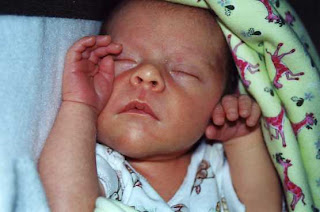 This is how he looks these days. 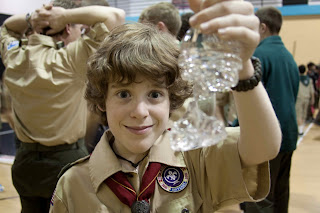 He has a bit more hair now than he did back then.

He celebrated his birthday last weekend with his closest friends. For the past several years, Leonardo's party has followed a similar schedule: pizza, age-appropriate entertainment, cake, videos game, sleepover. This year's age-appropriate entertainment was a trip to Shadowland, a local laser tag emporium - a perfect destination for 6 twelve year olds and their 2 nine year old sidekicks. 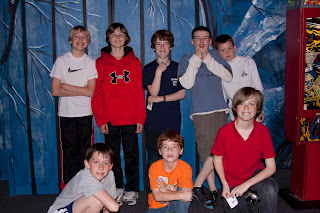 Being female and a few years over 40, I care not for laser tag. But these guys were so stoked before, during and after their laser tag adventures. It was hard for them to come down from the adrenaline rush. In fact, I don't think they did come down until several hours later. Of course, maybe their rush was sustained longer by devil's food cake with extra sprinkles. 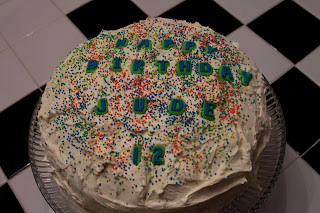 This core group of boys have been celebrating with Leonardo for a number of years. It has become a cherished tradition (for me at least) to take a group picture of the guys some time during the evening. It started in 2009 when they piled up on the couch. They look sweet in this picture but that sweetness was quickly forgotten when my husband and I were telling them to be quiet and go to sleep many hours past our bedtime. 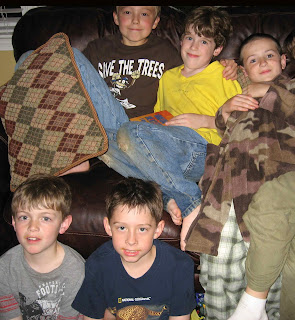 In 2010, they were just as deceivingly sweet, even with a few faces missing and a new one added to the mix.

The tradition continued in 2011 with the core group reunited and rowdy as ever. Sweetness gone! 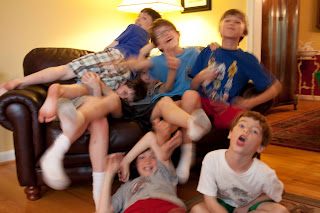 And this year 2012, I asked nicely again and they obliged. 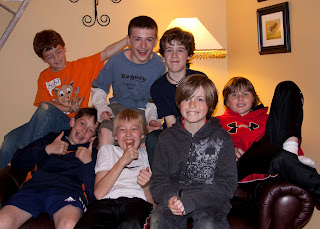 They look so grown up. And they must be because this year my husband and I were able to go to sleep only a little bit past our bedtime without excessive noise from the basement keeping us awake. The boys were clearly exhibiting maturity and self-control. Or maybe my husband and I are just that much older and increasingly tired to hear what was going on two floors below us. I like to think the boys were just that good and my age and exhaustion have nothing to do with it.

I cherish these group shots of my son and his friends. You can see their changes each year, see when the baby faces disappeared. You can see the angular lines of manhood beginning to hint that they aren't little boys anymore.

The days and weeks leading up to this party were eye-opening for us. We were forced to address some mature subjects that we never expected for our still eleven year old. Some things that should still be mysterious for a sixth grader are now out in the open. Kids are growing up quicker and quicker with each generation. Leonardo has witnessed and been made aware of things in his young life that were reserved for high school and college days in my generation. These are not your middle school years.

But all those mature topics, which prematurely surfaced, were set aside for a few hours while these boys were just boys hanging out with friends. In the van on the way to Shadowland, there was actually quiet broken only by one boy reading Calvin and Hobbes aloud to his buds and the riotous peals of laughter as each punch line was delivered. That's good, clean, twelve year old fun. The way it's meant to be.

Happy Birthday Leonardo! And many more!!!