It's a Boy's World

I grew up as the only daughter in a house full of brothers. Whether by nurture or nature, I was not a girly girl. As a child, I was dragged along through all sorts of boy-centric activities and actually loved most of it. My mother on the other hand was a bit dismayed that the girly girl she imagined never fledged. But that was a good thing after all. My life as the only girl in a boy's world trained me for my life as a mother of boys.


I am still the only girl in the house. 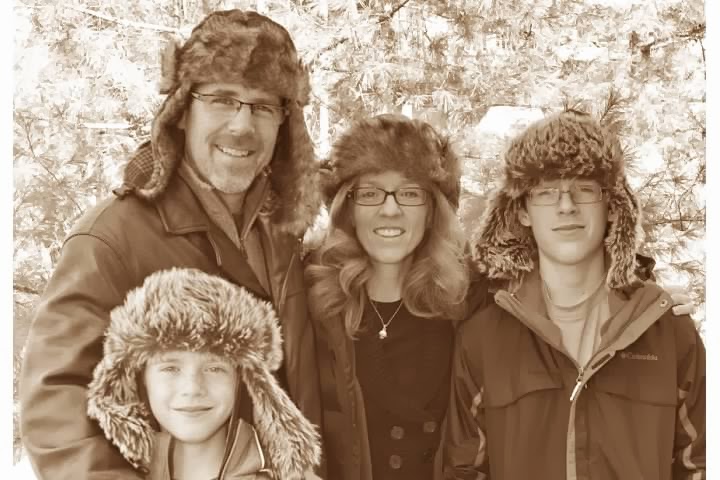 It was fine being a girl when the boys were babies, toddlers, preschoolers and early elementary aged as well. Then, as Only Girl, I could connect with them in a myriad of genderless ways. Their boy-ness wasn't fully developed then and, being raised Only Girl, I could handle the times when their boy behavior was apparent.  I even encouraged their boy-beings to come out; I know how to play like a boy. Give me paper dolls and I get bored quickly. But sure, let's play Mumbley Peg! That's fun.

Now my boys are teenager and tween, and there is no mistaking that they are boys and I am not. Thank goodness they have their Dad. He, of course, has been here all along but his presence is so much more vital now that the boys are older, more like young men. Their activity choices are no longer as genderless as when they were young. Don't rag on me for stereotyping (stereotypes exist for real reasons, you know) but they truly like things that most girls don't. Only Girl would have loved tagging along with my boys on their male escapades but now Only Not So Young Anymore Girl is not quite so daring or able. Thankfully she has a camera and is happy to act as historian.

And thankfully Overgrown Boy (a.k.a. my husband) is here to build, coach, wrestle, work higher math problems, code software, play with fire, and many other man-boy things. 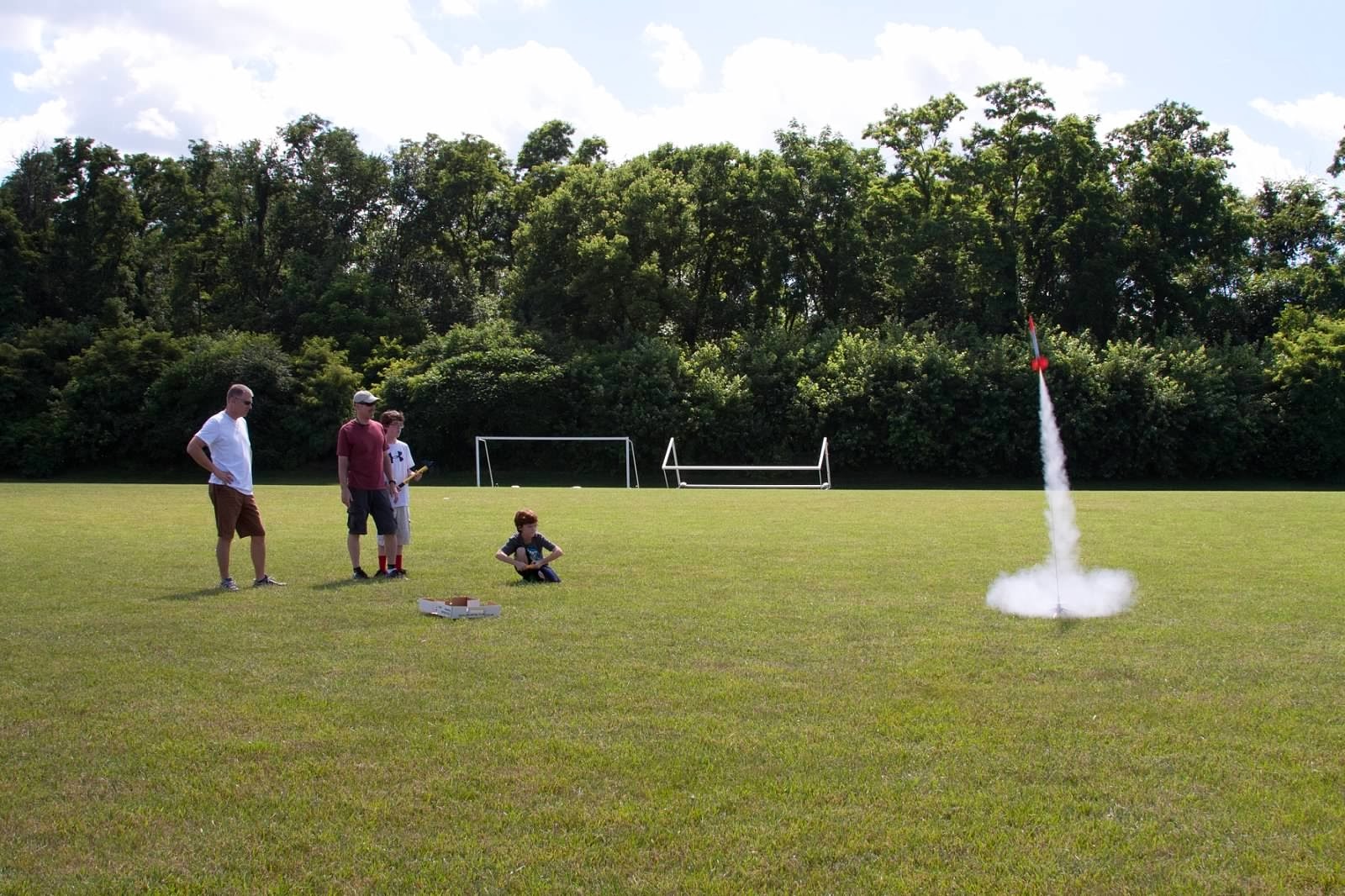 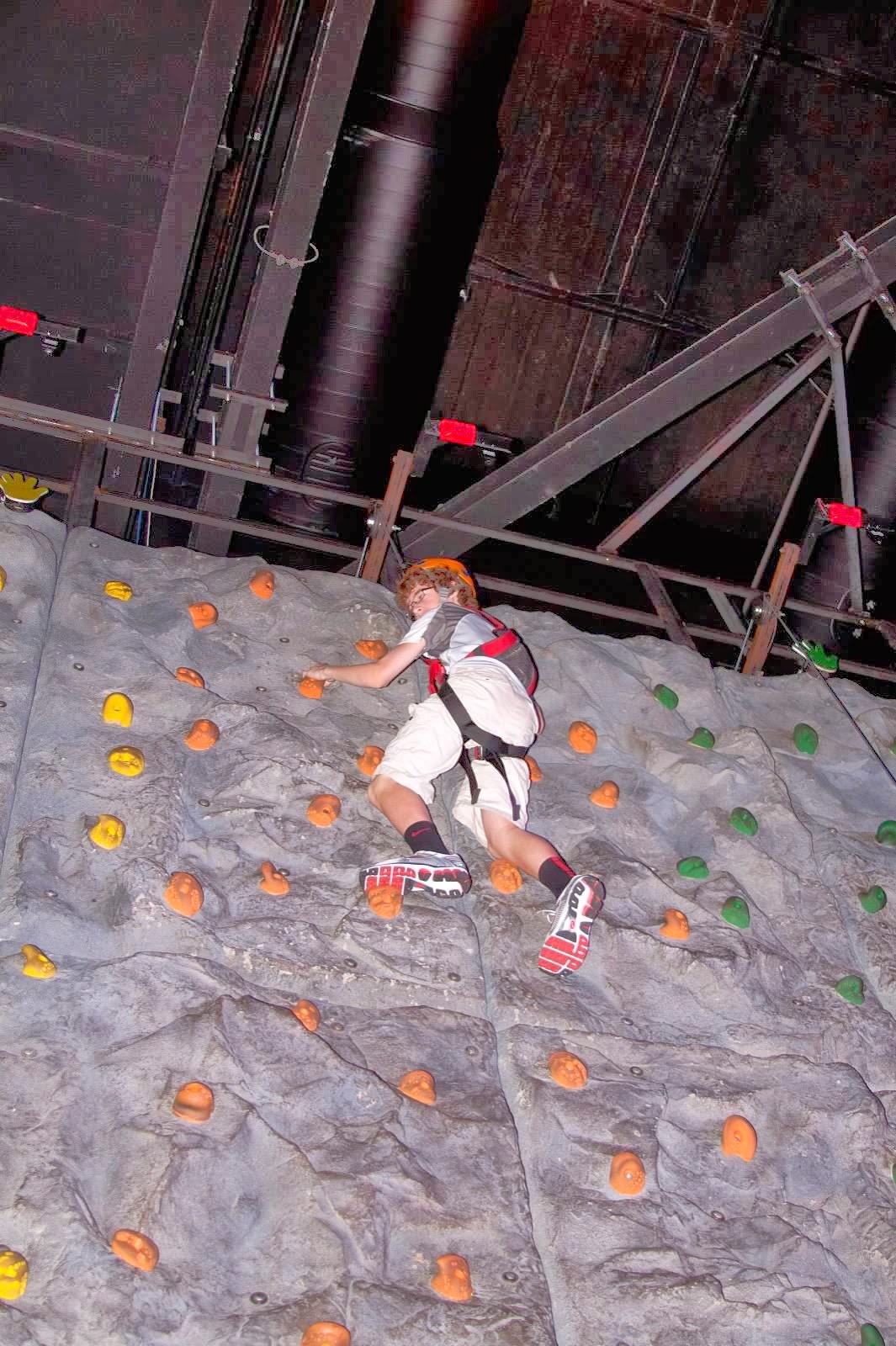 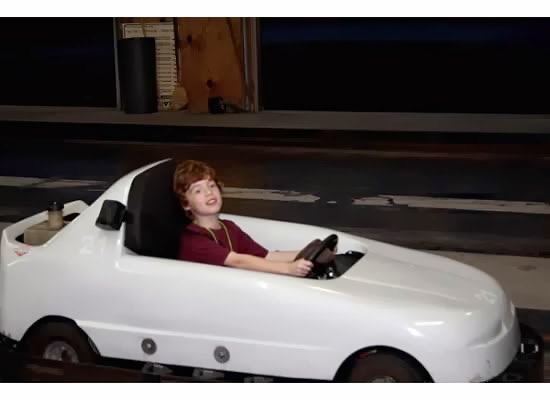 Lying on beds of nails 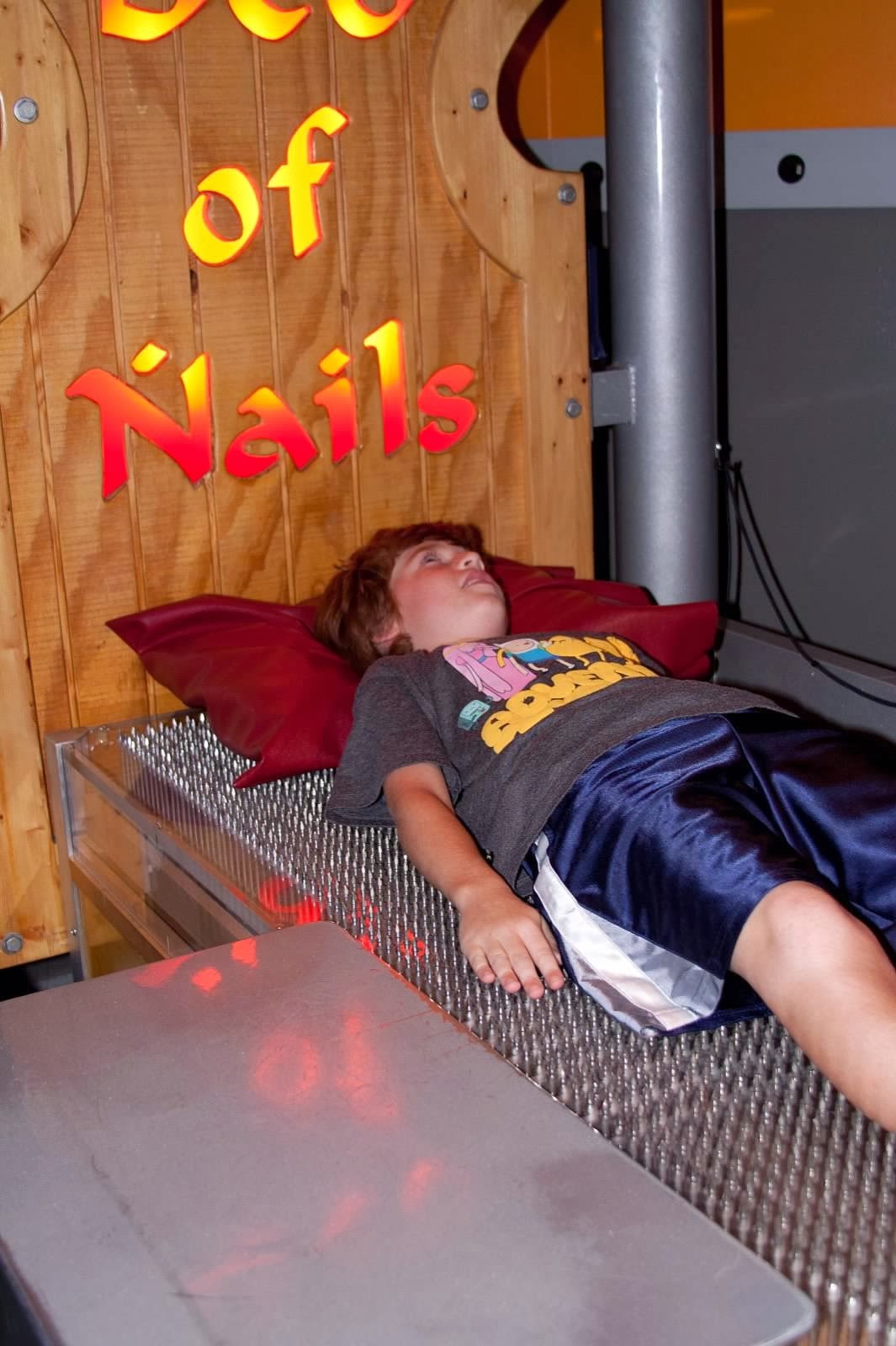 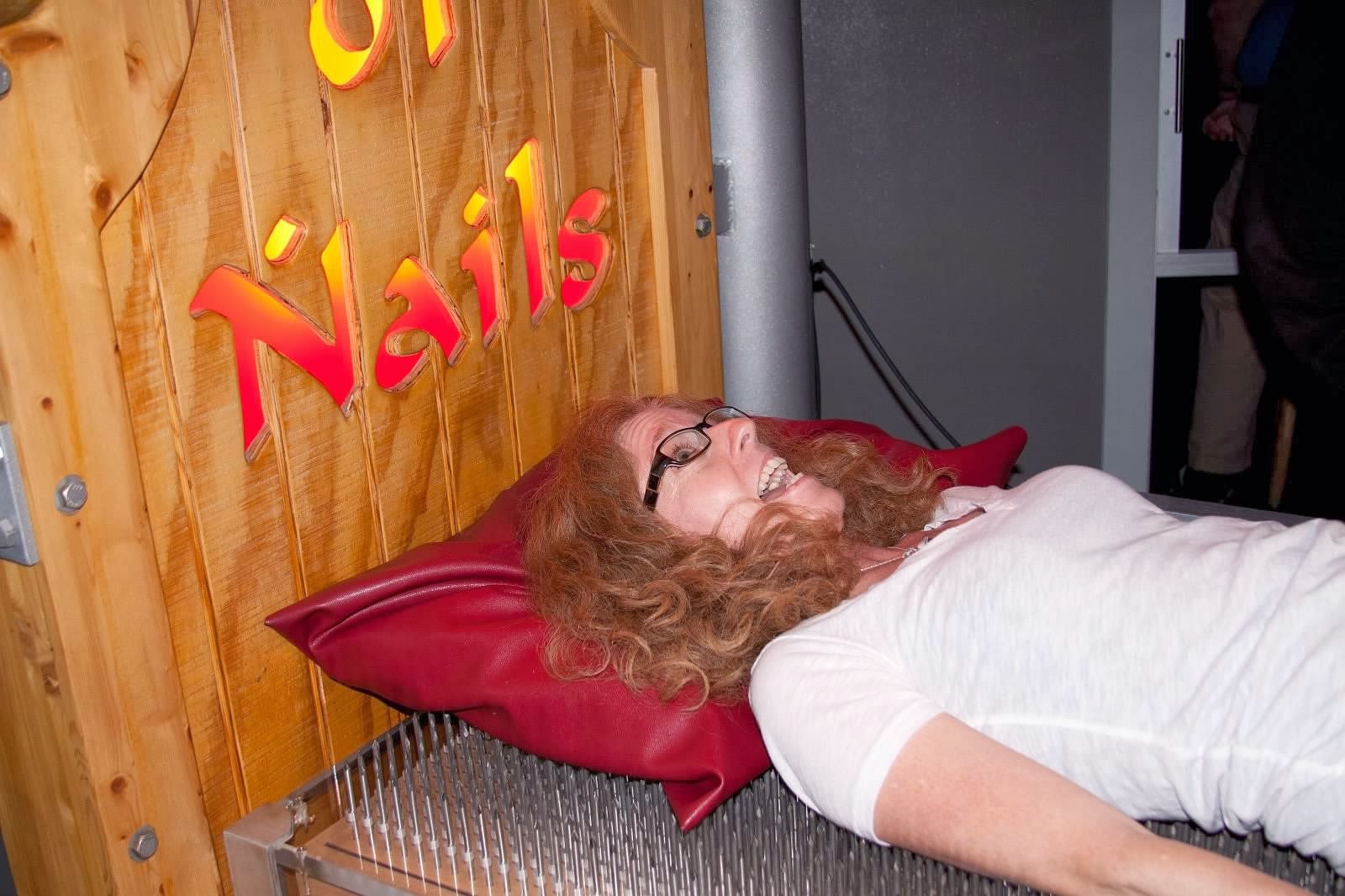 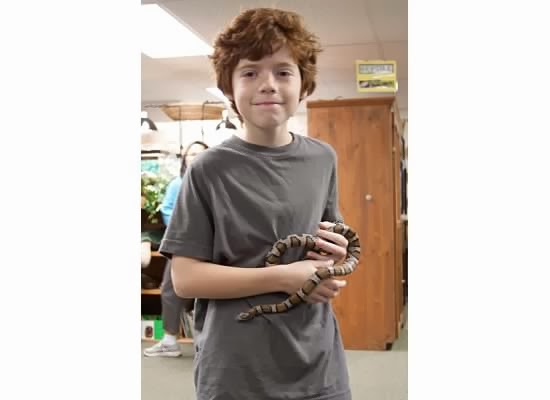 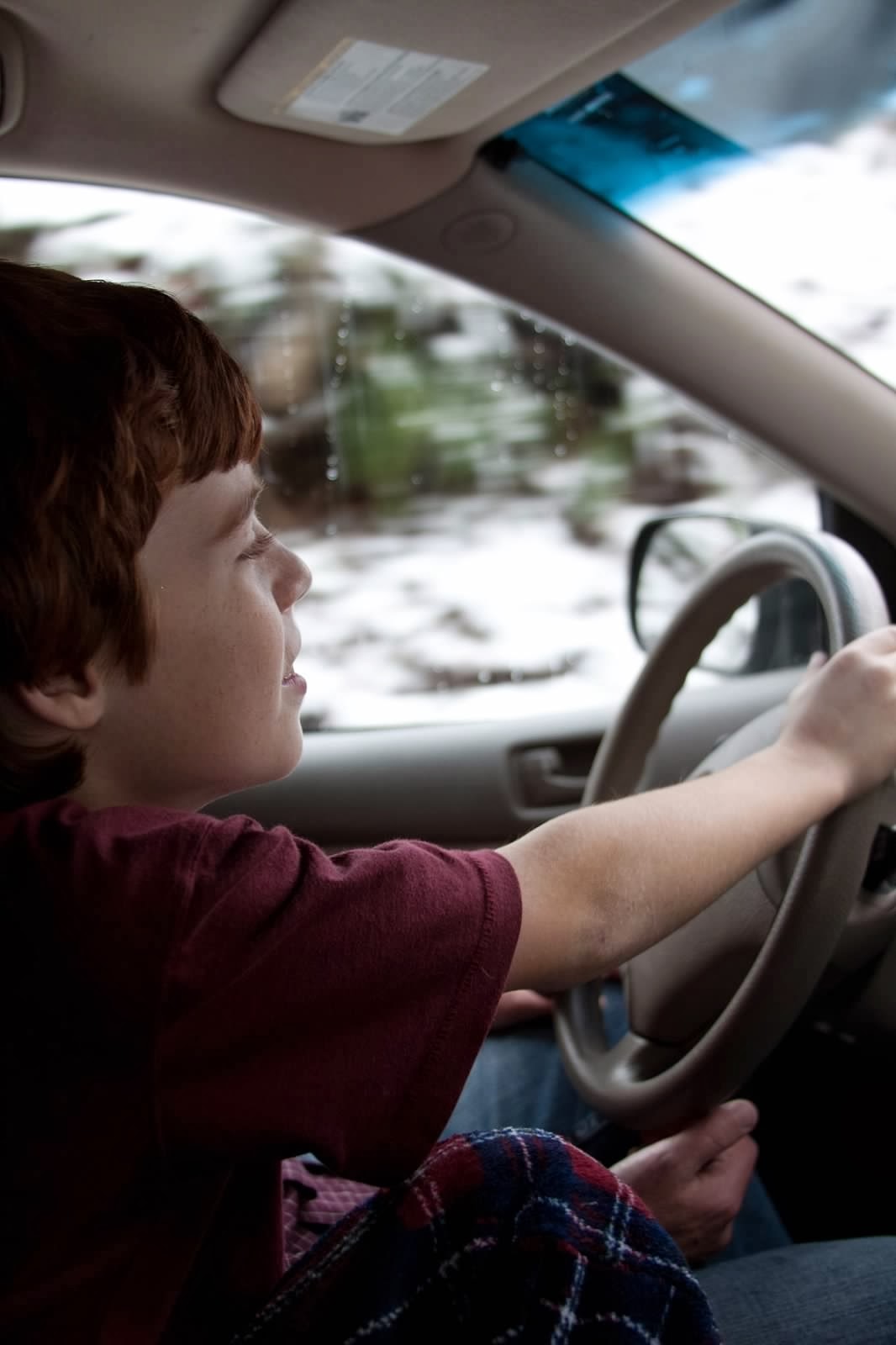 As these boys continue to grow into men, Only Girl will be happy to participate when she can and take pictures of and blog about it all.
1 comment:

Have yourself a Merry little Christmas 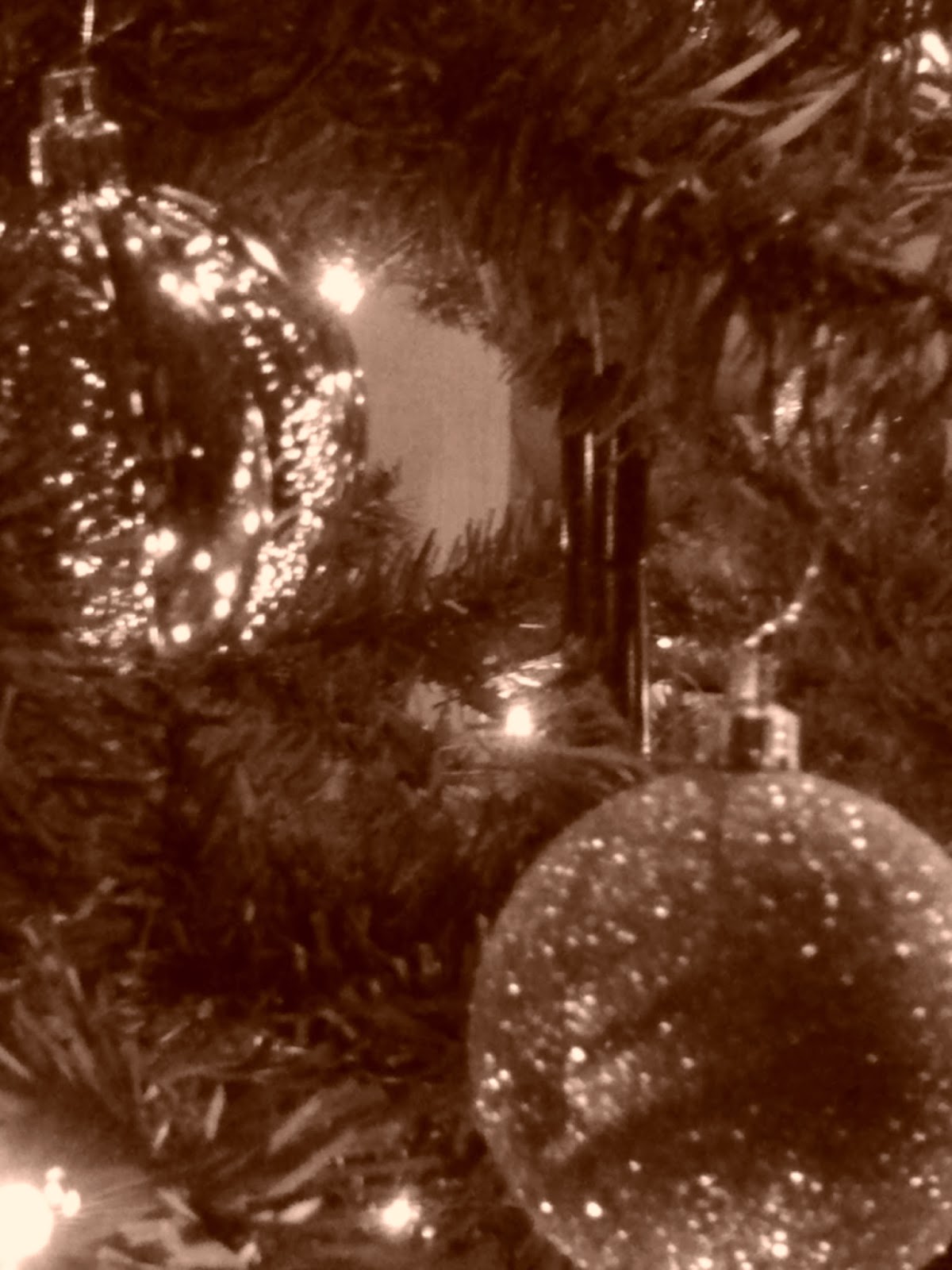 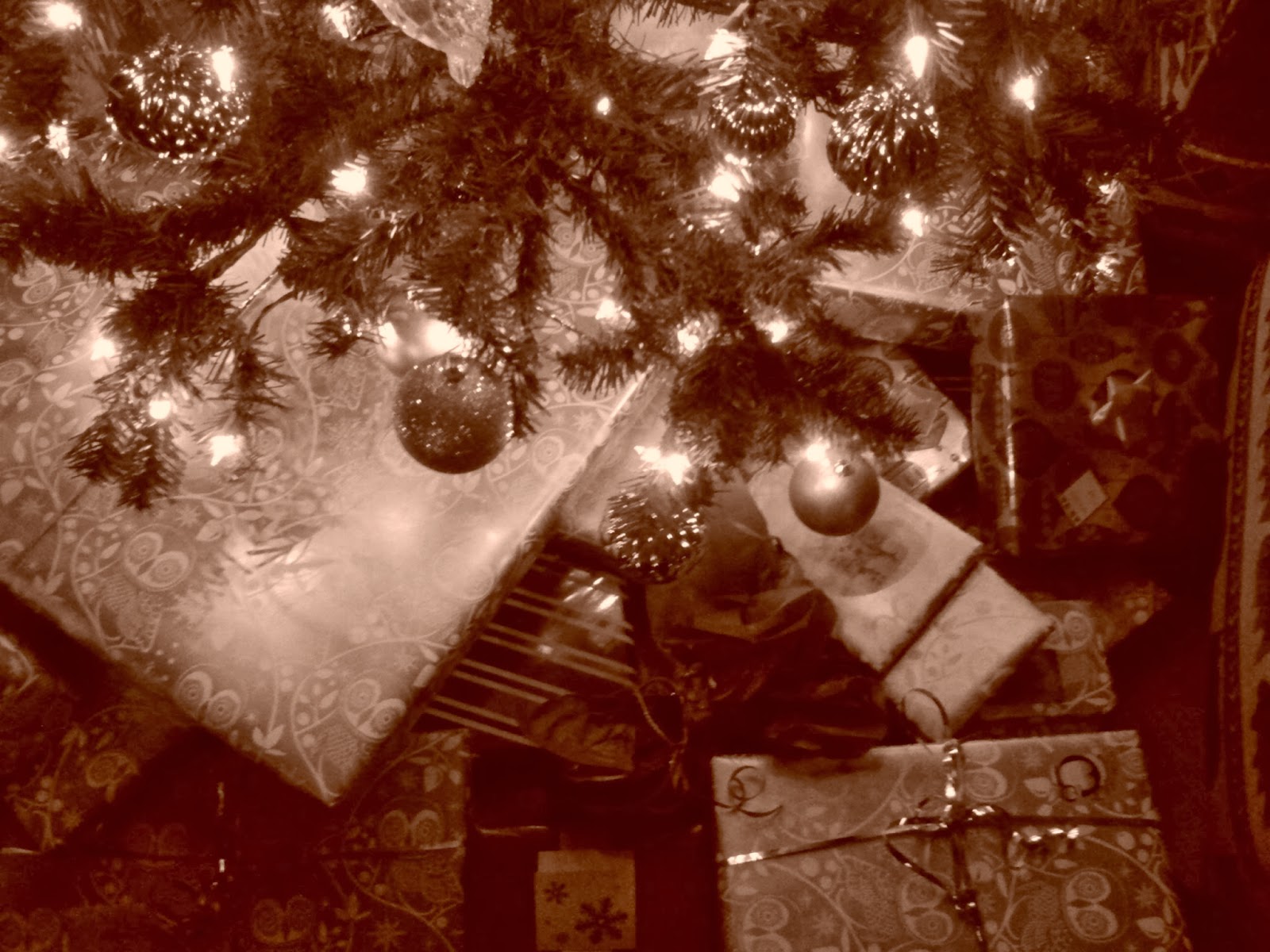 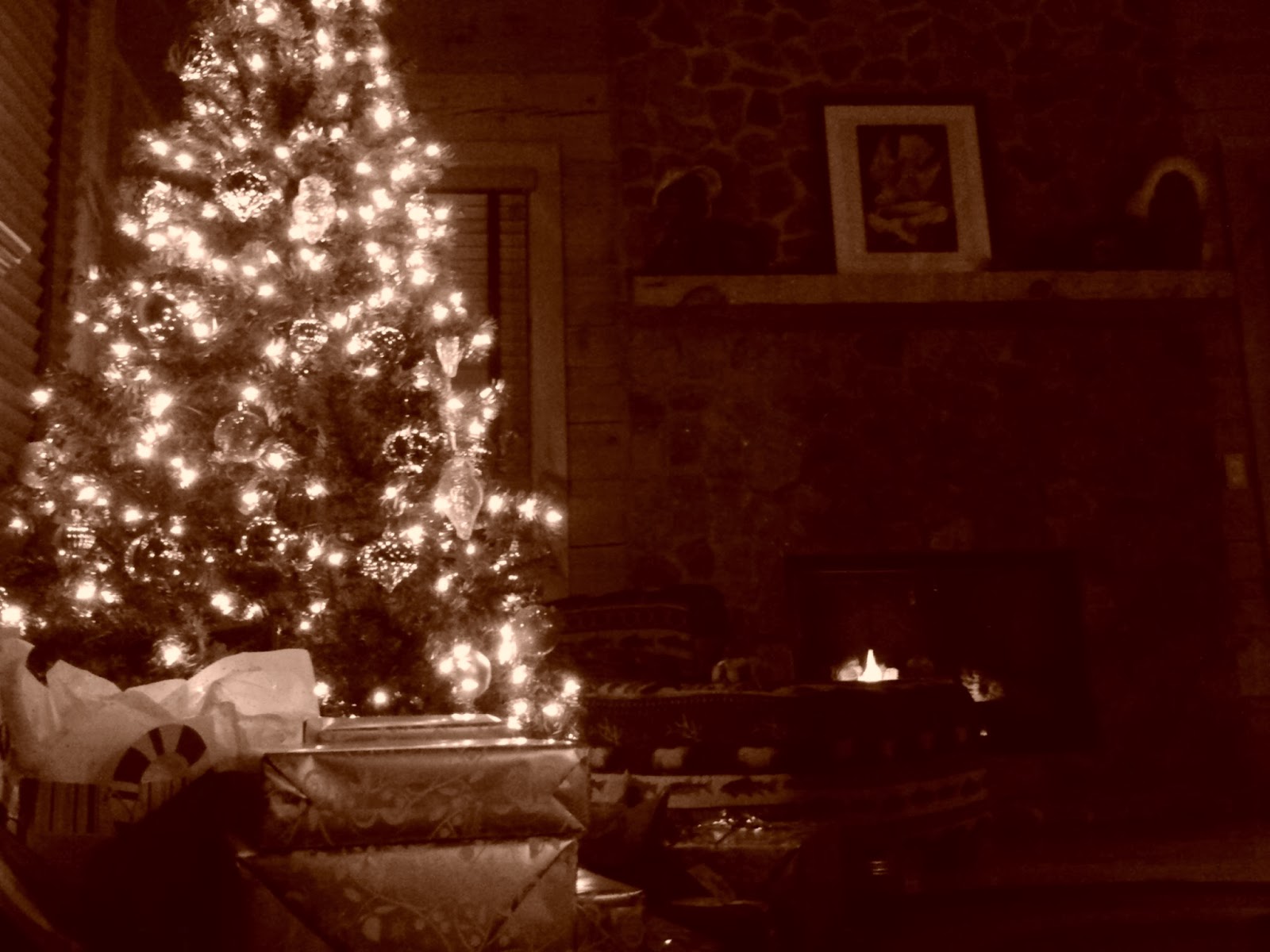 In my family, you must say "Uncle!" to be released from the unrelenting grip of the Tickle Monster. The notorious Claw will not back off until its prey begs out a defeated wail of "Uncle!" Any other utterance only fans the fury of these beasts.

To "cry uncle" means to admit defeat, to surrender, to beg for mercy. The saying's origin may be the from the Roman Empire when bullied children were forced to say "Patrue, mi Patruissimo" (Uncle, my best Uncle) in order to be freed from the bully's wrath. Reasons being that crying uncle is a way of proving another's helplessness by forcing them to call out for an adult's help.

My sons are blessed with several uncles none of which are bullies but many of whom are Master Ticklers and were known to administer Claw-like torture techniques when the boys were younger. In the face of such torment, my littler boys would sustain peals of laughter until the last moment when they could barely eek out an "Uncle!" just in time to catch their breath. They have long outgrown tickling and any true fear of the Claw, but their uncles can still make them laugh like no one else.

I imagine, for a boy, having an uncle is a special thing. It's a relationship ripe with a potentially balanced mix of big brother, friend and father. Just far enough removed from the authoritative, fatherly role to not be so, well, parental. Far enough removed to be fun, cool and wise all at the same time. An uncle's jokes rarely elicit eye rolls, at least not as often as a parent's jokes will. An uncle's advice might be more welcome than a parent's words of wisdom. Have you ever heard a kid say "Uuuuncle!" with the same annoyed inflection as they say "Daaaad!" It doesn't happen.

Several years ago, one of the uncles was visiting and I asked for a portrait of him with his nephews. The boys climbed the fence and huddled around their Patruissimo and the moment was captured. Confident and loving.

I love this picture so much that I envisioned a wall of patrues posed with their nepos. My vision was not just pictures of the boys with their uncles but the boys in the same spot, same pose with their various uncles. It took a few years to get each uncle here and posed by the fence but it happened.

A short bit of time later another Patruissimo came to visit. Another captured moment of avunucular love. Caring and playful.

Later still, a third Patruissimo came to visit and the fencepost was the stage for another pose. Another special time with a special uncle captured. Dependable and fun.

While the miles and the business of life do not allow for these relationships to have much face to face time, the boys are still able to connect with their uncles. We try to visit as often as life allows. And in between they are sustaining their relationships with their uncles through technology, texting and the shared love of silly YouTube videos. Deep, meaningful male bonding at its adolescent best.

I have these portraits framed and housed on a shelf side by side. My three brothers. The boys' three uncles. While my boys have changed, the uncles are a constant. 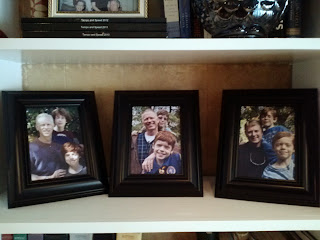 The pictures stand as reminders that while their current connections are at times pubescent and silly, those connections are building the foundations of deeper, longstanding relationships for their futures.

The uncles are cool. And my boys know they have at least three other men who have their backs. All they have to do is say, "Uncle!"
1 comment:

We're Going on a Bear Hunt

I am shameless trying to squeeze five months of blog posts into the last two weeks of the year. So bear with me...back to Cades Cove this summer...

We're going on a bear hunt.
We're gonna catch a big one.
What a beautiful day,
We're not scared. 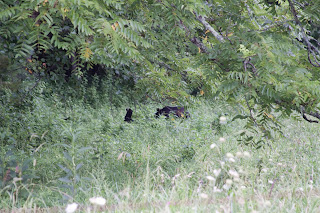 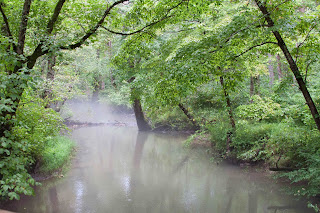 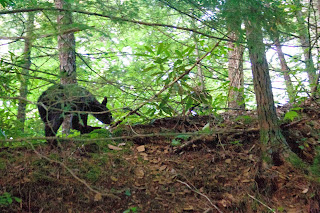 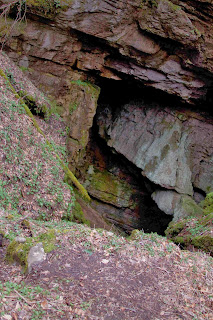 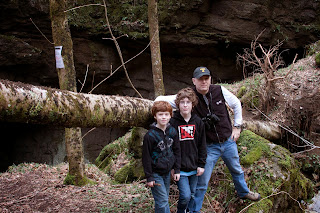 We're going on a bear hunt! 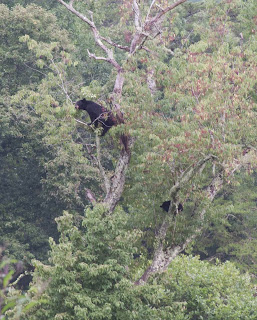 We're gonna catch a big one! 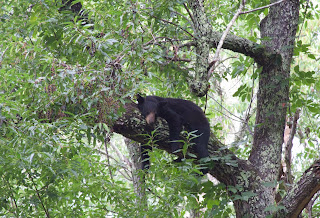 Lucky for us, he's asleep.

But that coyote is wide awake! 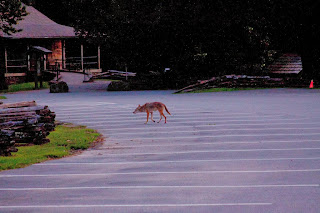 Maybe we should hunt deer instead. 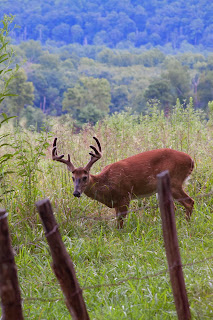 No, let's just play it safe and hunt golf balls! 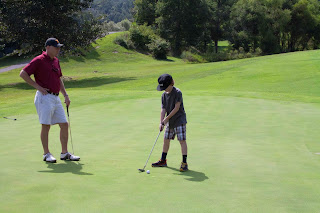 What a beautiful day.
No comments:

My Reasons this Season

Nine days until Christmas! I know today is December 13th and that there are really twelve days. But by my count, I only have nine days left to prepare. Everything must be done in nine days because we will be heading South for the holidays. That's what Santa does...heads South...so we are too.

Nine days are not enough. Reason #1 is this guy.

His list is too long. I couldn't possibly accumulate all his wishes in nine days. Nor is there enough money to answer his demands. Let's just say the possibilities of Legos are endless and the bank balance isn't. But that's what grandparents, aunts and uncles are for. And Santa.

His list is too short. Actually, he has no list. When forced (seven days ago) to attempt a list, he surfed the web and emailed me a list of links to various websites.The list of "http://www.yougottabekiddinme" that he sent included three international cites for specialty t-shirts. Once shipping and currency exchange were factored in, these three t-shirts would have cost almost as much as one of the Legos on Reason #1's list. I don't think even Santa is going to come through with this.

And did you notice that Reason #2 emailed me links when I asked for a Christmas list? That is what technology has done to the time honored tradition of the child's Christmas List; turned it into an unsentimental, cold grouping of bits (and bytes). I'm okay with that in this case because it was very efficient. It took me only about five minutes to realize that I wasn't paying international, expedited shipping. But don't worry about Reason #2, he'll get some nice alternatives.

One thing I do know that both of these Reasons are getting this year are some new socks. That sounds very Dickensian and that's good 'cause Christmas needs something Dickensian these days. But it also is good because these guys are obsessed with socks. Not just any socks though, they are obsessed with Nike Elite socks. If you have adolescents in your house, you know what I am talking about.

Nike Elite socks are the ubiquitous footwear that is sweeping upper elementary and middle schools across the country. My Reasons had never asked for anything in the way of clothing until these came along. They were happy to wear whatever was on their body, no matter what it was, who chose it or whether it matched or not. Once Nike Elite's came along, that all changed. Now as far as their feet are concerned, fashion matters.

So Santa and I will be snapping up all the Elite's we can find this Christmas. Actually, I can not speak for Santa but I will probably only be snapping up a few pairs for each Reason. They are $15 a pair! I have to set aside a little money for haircuts...

And yes, they didn't want to wear shoes for their picture so we could capture the Elites. They are that amazing! So they say.

I am a muse. It just hit me this morning and it sounds sort of silly when I say it out loud but it's true. I am my husband's muse. To be fair, he is mine too but that's another post.

My husband is a songwriter. In all the years we have been together, he has written countless songs about and for me. He has written many other songs about many other things as well but so many of his songs are about moi. I am Linda to his Paul. His Yoko to his John. Or maybe Sharona to his Knack.

Today is our anniversary. Nineteen years. We don't do big anniversary gifts. But he broke the rules and gave me another big one. His gift to me was reading a new set of lyrics to a new song. I won't share it here but just know how special those words are to me. You may get to hear them one day (after copyrighting is in place).

So to my husband - Happy Anniversary! In some of his words:

We've Just Begun! Baby Can't You See? You are My Cup of Tea! Sweet Lover, I Think of You and there Ain't Much More Than That. Whether you like it or not, I Ain't Going Nowhere and I do see The Blue in You. 'Cause you are My Lovin' Kind and my Piece of Heaven. See you Late Tonight!

italicized words are song titles by B. Scott for C. Scott