Today is my niece Anna's birthday. I honor of her seventeen years, I offer this list of...

The 17 Things That You Might Not Know About Anna

1.  Anna has a sixth sense but I only know of one time she used it. She knew I was pregnant with my oldest son before anyone else. She knew before I officially knew. The morning I was in my home taking a pregnancy test, she was on the other side of metro Atlanta in her own home telling her mom that I was going to have a baby. She was five years old and that morning knew I was having a boy. We went to lunch with them later that same day and they told us that Anna said "the craziest thing this morning." I love that story.

2.  When she was about one year old, Anna initiated my husband and I into the true secrets of parenthood. Childless and naive, we watched her parents give her liquid antibiotics by means of a combination bear hug/half Nelson. The scene was one part wild cat fight, one part Linda Blair, one part WWF. Don't misunderstand me; her parents were supremely gentle with her. Their movements were like a ballet. Anna was the wild cat. My husband and I have never forgotten that scene and we successfully used the same holds on our own boys years later. 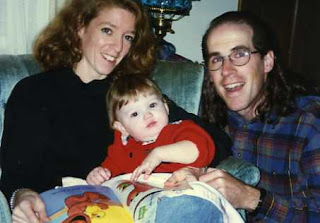 3.  The worst picture that has ever been taken of me was taken the very first time I held Anna. I had come to visit the new baby and my brother, her dad, thought to capture the touching moment when aunt meets niece. The picture is known in the family as "The Jimmy Durante."  In my defense, the lighting was harsh. I didn't know my angles. I wasn't wearing any makeup. I could go on with reasons why The Jimmy Durante has been destroyed. But given what Anna is going through in her life right now, I would have posted it here and now in tribute to her if I hadn't shredded the only copy of it I had. If anyone has that picture, I'll post it. Just send it to me. There were other, better pictures taken of us that day, but I can't get my hands on those either. Darn old film technology!

4.  Anna can pose for a picture. She knows her angles. She learned it from her mom. 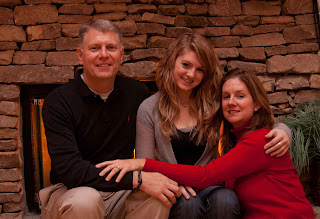 5.  Anna stayed with us for about a week in June 2003. It was a few weeks after my second son was born. Her parents left her with us while they explored their first international relocation. I can admit now that I don't have many clear memories of Anna's stay. Post-partum hormones were raging and sleep was scarce. But I do remember her playing with her own Bitty Baby. 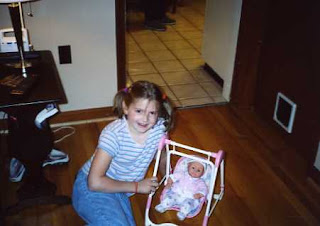 6.  She took my boys to their first pub. They'd go anywhere with her. 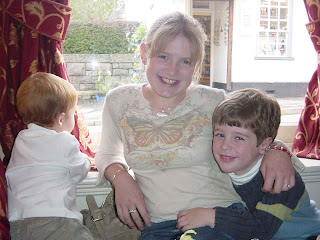 7.  No matter how old she gets, she always waits at the top (or bottom) of the stairs with the younger kids on Christmas morning while the adults to get their coffee until we know Santa has visited and everything is ready. 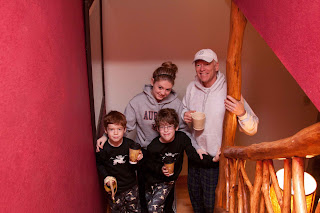 8.  Even with all the worldly experiences she has had in her young life, she still enjoys simple fun like tubing and horseback riding with her family in East Tennessee. 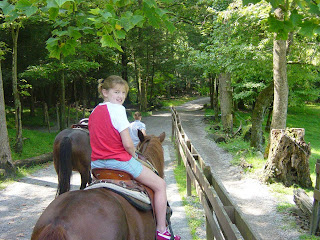 9.  Anna has a thing for East Tennessee black bears. 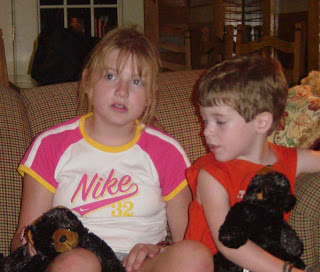 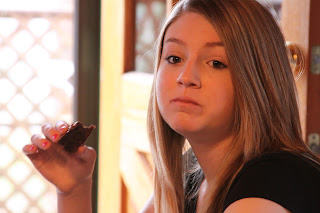 11.  Anna has a quiet way of making others feel special. She lets you wear the crown. 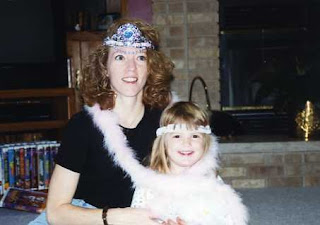 12.  She's really the one responsible for starting Sticky Chicken. No matter what anybody else tells you. 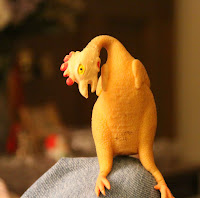 13.  Anna named me Aunt Cocky. It has nothing to do with my demeanor but rather the difficulty of my name for her 2-year-old mouth to master.﻿ I take the name proudly.

14.  She has the best, full-body laugh...from the time she was a tiny baby until now...she laughs with her whole soul. 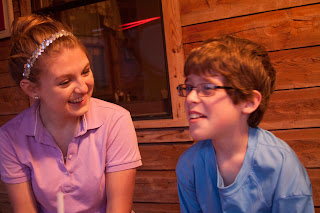 15.  She's looking for a match. Maybe you could help her or someone like her. Click below to find out how.

16.  She's always been a strong person but until recently no one knew just how strong she really is.

17.  She's competitive. She likes to win. I believe she will. 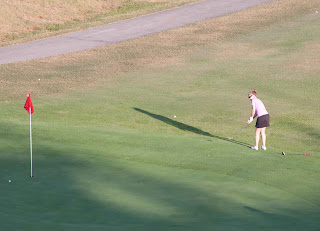