I am not a legal scholar but the term "separate but equal" popped into my mind this MLK Day. It is one of those phrases that sticks in my mind from my education. Like "manifest destiny," it is a term from our nation's history that reflects some of the most negative aspects of our nation's coming of age. On MLK Day, I hold the hope and belief that we as a nation are continuing to mature.

"Separate but equal" is a term of legalese, no longer legal thankfully under our Constitution, that supported segregation. Even though the 14th Amendment adopted in 1868 provides for equal rights to all citizens, some Southern states back in the day contended that providing "equality" of conditions could be met by keeping races separate and many laws were passed allowing for separation of the races. Over time, such laws were repealed and rejected although it took well into the second half of the 20th century to do so.

Separate but equal has a totally different connotation in our household. We view it as a positive approach to our parenting and we have just placed it into practice. Before both boys were born, my husband and I had long dreamy conversations about the ways in which we would raise our children. Of course, we would be perfect parents. We would do everything with forethought and proper planning. We would be structured but flexible, firm but loving. One specific idea we had was that we would each spend loads of quality time with each child individually, making sure we were attentive to both kids equally, ensuring that all needs were met and all voices were heard.

And then life set in and all those hours of quality one-on-one time, not to mention the hopes of perfect parenting, were lost in the shuffle of reality's demands. I, as the mom and the primary parent at home, got lots of one-on-one time with the boys but the quality was sometimes poor. There is limited quality when you are just trying to get homework done, dinner made, activities attended and a little bit of enjoyment squeezed in as well. My husband got less time as a whole with the boys. Most of his family time was quality time but with all of us together. The notion of quality individual time spent with each boy was still a dreamy plan unfulfilled.

We realize this and decided to add action to that plan. Thus the Separate But Equal Dinner Out was born. This past Friday night I took Leonardo out to dinner, while my husband went out to dinner with Helios. The boys got to choose their restaurants and both got one parent's undivided attention throughout the meal. The conversation was good and subtly different from when the whole family is together.  No great secrets were uncovered or any surprising revelations revealed. But I think the boys both enjoyed the one on one time. I know I did. And so did my husband.

We plan to do this at some frequency, rotating kid and parent combinations each time. Over time, the boys will get their deserved separate but equal time with each of us. Oh, and we parents benefit from this special time with each boy too. 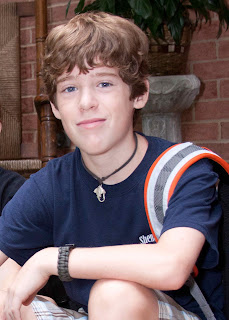 SBE is not to be confused with FFF (Forced Family Fun) which is another family doctrine. Although I recognize there is the chance that as the boys navigate the teen years, they may view SBE and FFF as one in the same. Family time during the teen years is usually deemed forced by someone at some point, right? 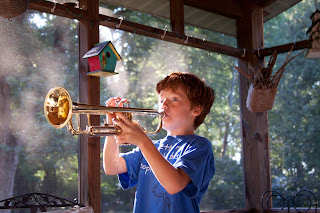