So much can happen in a year.

Four generations of monarch butterflies come and go within one year.

One year ago, our family was left breathless from the wholly unexpected diagnosis of Acute Myeloid Leukemia in our beloved Anna. From the moment of diagnosis forward, Anna touched thousands of lives through her hope, faith and grace. I say thousands and I mean that number. Her Caring Bridge page as of this writing has a rising count of over 89,000 visits. Because of Anna, hundreds of people registered this year for Be the Match through drives sponsored in Anna's honor. Countless others were inspired to register at home through the online registry and home test kit. At least two of those new registrations have resulted in bone marrow matches for patients in need. Because of Anna, hundreds of people have donated thousands and thousands of dollars for the American Cancer Society's Relay for Life . Because of Anna, the youth program at Anna's local church of choice will benefit from the thousands and thousands of dollars donated to Anna's Memorial Fund. Because of Anna, countless relationships with family and friends have been renewed, restored and resurrected.

The Butterfly Effect is mathematical theory in which changes in one place have dramatic impact on larger and later states. Like the flap of a butterfly wing setting off a hurricane. Or a singular girl with cancer rallying thousands to dramatic life changes.

In this year while we held our breath, Anna did this all from a hospital bed, setting foot outside a hospital for only 18 days during the nine months of her hospitalization. Many of the people touched by Anna's story never even met her. They followed her story on Caring Bridge. Her story there was not strictly one of blood tests, chemo treatments and surgeries, although those events were the stage for her story. The more intricate plot of her story was the one of positivity and hope. Even in the face of the unbelievable, Anna believed that she would prevail. And she did. Anna was cancer-free, something she was very insistent that we all know.

The fourth generation monarch butterfly is the only one that makes the infamous migration. This southern migration can take up to seven months.

In the three months since Anna's passing, we still have not fully exhaled. It takes time to learn to breathe deeply again and release nine months of bated breath.

Just over three months ago, we, Anna's family, met on a mountaintop in East Tennessee to celebrate her life. It was private, with Anna's most loved gathered together in family and fellowship, just the way Anna wanted it. 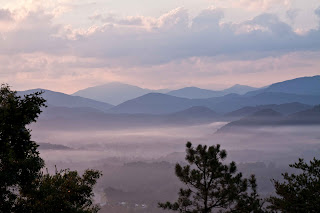 There are six cousins now more deeply connected by their shared love and loss of Anna. 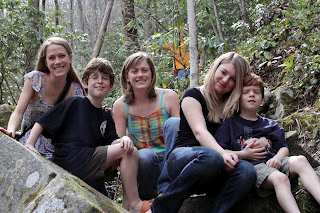 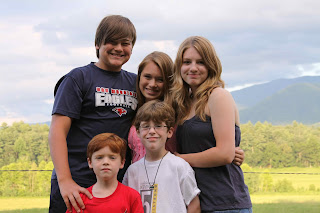 Anna possessed these traits in her life before AML.
AML only served to magnify them for the rest of us to see in her.
And to look for in ourselves.


There was music and laughter and prayer, just the way Anna wanted it. 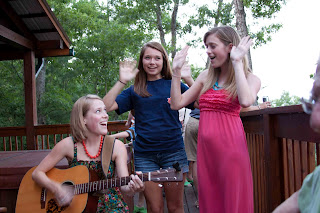 The younger cousins, my boys, participated by releasing 17 monarch butterflies at the end of the service, one for each year of Anna's life.

The butterflies emerged one by one from their accordion-folded hibernation. 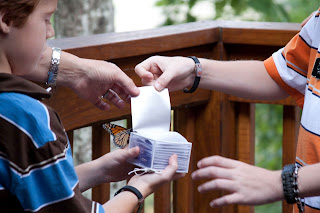 Some took their time and lingered, not quite ready to go on their way. 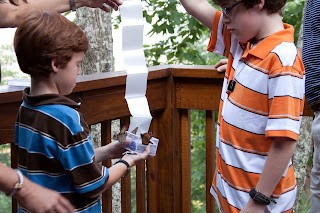 Some emerged quickly and were off into the tall trees before we could follow their path. 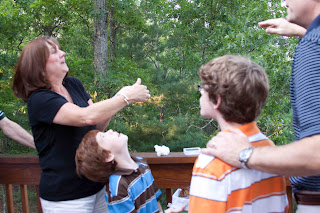 Some did what butterflies do...sought out color. 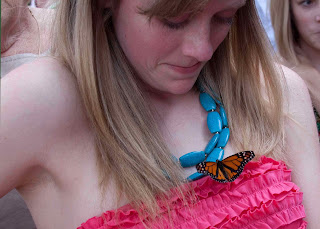 And they made us smile when little else could. 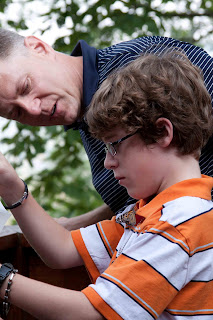 Because of Anna, I won't see a monarch again without my heart fluttering a bit. 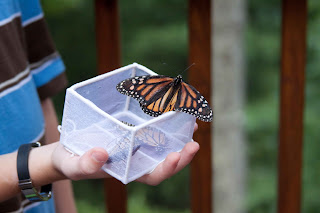 Two of the monarchs couldn't fly away that day. They stayed with us and now reside on our walls as a constant connection to Anna.  Each time I look, I try to breathe a bit deeper. 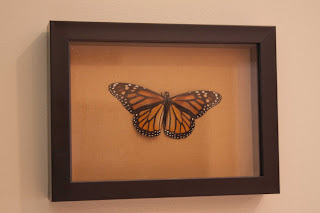 I understand Anna's story about as much as I understand how a fourth generation monarch knows it is the one to make the arduous migration. There are things that I am not meant to grasp. But I do understand that like the migrating monarch, Anna's story does not end after her journey. Migrating monarchs and Anna set change in motion. Neverminding great personal cost, they start new generations of beauty, hope and change. 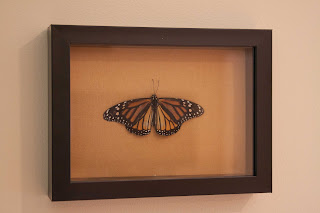