I am a huge fan of a particular musician. This particular musician isn't widely known. His songs aren't played on the radio. He writes great songs and plays any instrument. He has several CDs which are available on CDBaby.com, iTunes and Rhapsody.  This musician has been playing guitar since he was fourteen...too many years to number...and has been songwriting, playing and performing since 1991...twenty years and counting. He has a day job but continues to gig around our local area.  And lucky for me, he performs nightly in my living room.

Bo Weevil (a.k.a. my husband) has a new CD just released this week. 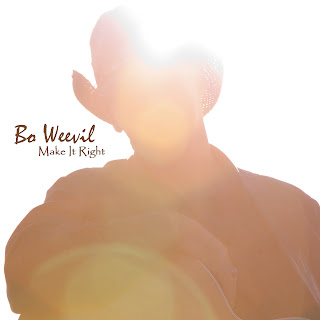 Make It Right is full of Bo's signature-style tunes, all written and performed by him along with some fantastic accompanying musicians.  Consistent with his previous releases, many of Bo's songs are tributes, both in name and in style, to musicians of the past who have influenced him. Avalon John is a direct nod to Mississippi John Hurt while My Cup of Tea and Going, Going, Gone pay homage to the jazz greats of the '30s. Bo works in a little contemporary country heartbreak as well with his lamenting Whiskey Won't and Feeling Blue.

The title track Make It Right holds special importance for both Bo and me. This song is the most heartfelt one he has written to date. It is a love letter to me and our relationship. As with all long standing loves, ours has ebbed and flowed, been tried and tested, grown while we've changed. With each challenge, we have returned to the truth and clarity of what we hold dear for our lives now and in the future. Bo says it all in Make It Right. Baby, I love you too. 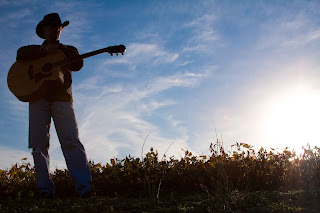 Speaking of love letters, there a few more on the album. They are all written for one special person, but I'll let you pretend they are for you and yours if you like. To begin, I'm sure you can all identify with the relaxed swing of We've Just Begun. Makes you want to drink up all the good in life and love.

I must confess that I may have taken Bo for granted a time or two. Haven't you gotten caught up in the busy-ness of it all and forgotten to let your honey know how you feel about them? Bo reminds us to keep our feelings front and center in Baby, Can't You See 'cuz love is what makes it all worthwhile.

There is some darkness to be worked through and Bo does so in A Million Miles Away. We've all lost someone dear and this song tells the tale of a man's crushing loss of his wife.  The song is a stepped-back way for Bo to express some of his feelings of losing his mother earlier this year. 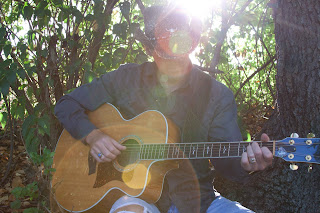 The album has several upbeat numbers to balance the ballads. Bone to Pick and Untry-Kay Ooz-Blay display Bo's musical sense of humor.

My personal favorite has to be My Cup of Tea. It's a stripped down ensemble of guitar, brushed drums and clarinet playing a sultry jazz shuffle. The lyrics are poetic, unexpected and vintage. A combination of lyrical and musical perfection. 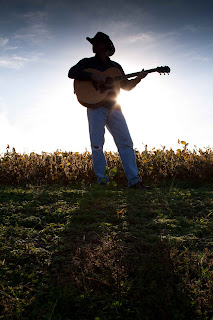 I may be biased, but this is my favorite Bo Weevil album of all time. And I really do think it's his best. Another thing that makes this album special to us is that we collaborated a bit. In addition to listening to all the early versions of the songs, I also did all the photography for the CD layout. It's the first time we have "worked together".

Songwriting and recording your own music are a bit like blogging...you put your life, your thoughts, your feelings out there for all to hear, read and of course, critique. But I don't think you can find a bad thing to say about this post or this album.

Make It Right and all other Bo Weevil releases are available on CDBaby, iTunes and Rhapsody. Check them out!