There may be lots to dread about the middle school years: the anxieties of the developing social pressures, the exposure to more mature things than either the child or the parent is ready for, the body changes, the attitudes, the awkwardness, and on and on. These are the things that make parents cringe. The kids probably don't like these things much either, although I don't think the kids are putting such labels on their angst. A mumbled, "I dunno," is about all most can muster if asked what's up.

But I am choosing today to not focus on the middle school ick that is potentially about to invade our house. I am remembering an anxious little boy starting kindergarten... 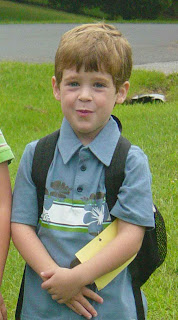 ...and I recognize the same trace of nervousness in his eyes six years later. 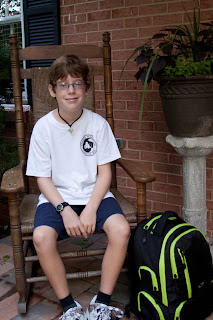 I also remember another little boy who started kindergarten only a few years ago with enough pure excitement to carry him and his big brother through a first day of school... 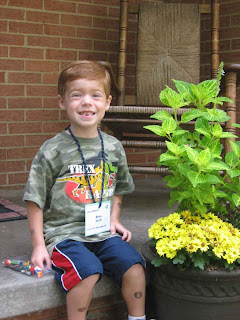 Three years later, he is a bit more poised and doesn't wear his excitment quite so boldly. But it is still there. 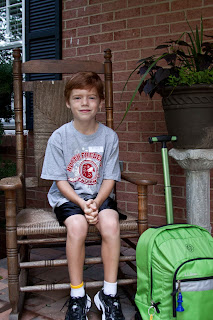 I remember a mom who cried after dropping these boys off each first day of school for many years. Thankfully, no pictures of her in those moments exist. Oddly, there were no tears shed this morning by anyone, but not for lack of emotion or from happiness about a quiet house today. My eyes remained dry from a peacefulness I have in knowing my two young sons' abilities to meet challenges and changes with grace.
We're all growing up.