A few weeks back my baby turned eight. It can't be. But it is. Worse yet, his brother is eleven. But that's another post. I've talked before about the sunshine that is my baby. He's gained a few pounds since that original post but his force is still the same. And there is a bit of eight year old mischevious boy mixed in too.

His birthday celebration was a small affair with only a few friends and his brother attending. We went to a local theater and got celebrity treatment. First, the birthday boy got to start the film by pushing THE button in the projectionist's booth. 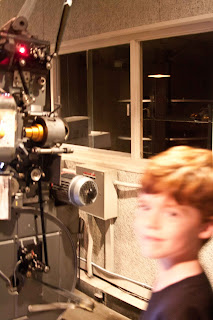 Then, we watched the movie from a private lofty room high above the rest of the theatre seating. The private box is soundproof making the movie experience for the commoners down below what it should be: one where the group of prepubescent boys are seen but not heard.

As celebrities (otherwise known as the people who paid extra to see the movie), we brought in our own food  - pizza, juice and our candy of choice. There was even a waitress who kept the boys' plates full of pizza and the candy and juice flowing freely. We didn't have to pay extra for the waitress because I was the waitress. So really, it was just like being at home for all of us. Ahem.

The after-the-movie-party was back at our house where the boys did what boys do. Made noise, played video games, wrestled, made more noise. 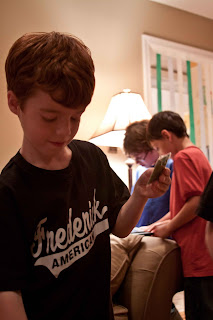 And of course there was cake.
﻿ 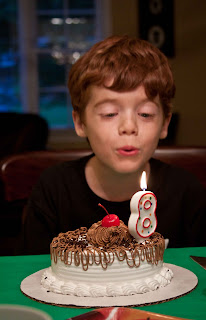 The next day my baby said to me, "You throw the best parties Mom. Thanks!"
To which, I melted. 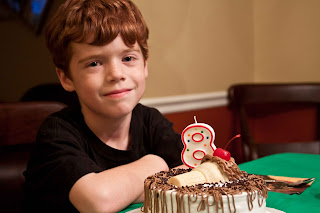