Down By the Lazy River

I haven't been able to blog consistently in the recent weeks. There has been so much real live stuff going on that I can't really find the time to b-log it all down. I am tempted to do one big post that has little bits of this, pictures of that and a complete summary of all events of late. I would then be fully caught up and hopefully wouldn't let such a backblog occur again. But one combined post wouldn't do any of the fun stuff justice. So I'll just live with my backblog and hope to chip away at it before the upcoming weeks (which look just as busy as the past weeks) overtake me. At which point, I will give up and you will likely see a compilation post.

One of the fun things that happened recently was that Bo Weevil performed at the Shenandoah River Songfest. 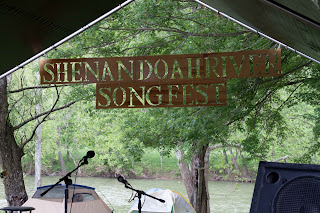 As you can see, the festival literally is on the river for which it is named. You probably haven't heard of the SRSF but it has been around for eight years. One of the main reasons you may not have heard of it is because it is a private, by invitation only event. Both the performers and the guests are invited. You have to know the lovely hosts or at least have a recommendation from someone within the circle of trust to come to the festival. That may sound a bit highfalutin for an outdoor concert, but it's not; it makes sense. The festival is hosted by some gracious folks on their private riverfront property near Luray, Virginia. They invite their friends and friends of their friends and keep it manageable in size and respect for the property. By my quick visual estimate, there were around 70 people at the event this year. A good sized group for a party in your backyard.

But the SRSF is not just a backyard party. It is a well-run outdoor concert with a most appreciative audience. Everyone is there to hear the music. They bring their comfy camp chairs, upscale picnic fare and beverages of choice to listen to 6 hours of scheduled music starting around noon. And then many stick around for the unscheduled music jam that begins after dinner.

This was Bo's first appearance at the SRSF via an invitation from Pops Walker who we had met at a house concert last fall. All the other performers were returning acts to the festival.  Here's a visual listing of the performers' roster. Pops Walker and Kipyn Martin performed both separately and together. Pops is a seasoned bluesman. Kipyn is a songbird. She was also at the house concert we went to last fall. And she blew me away with her voice again at the SRFS. 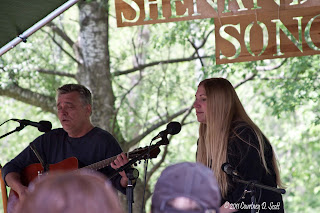 Also on the roster was Chuck E. Costa, the current Connecticut State Troubadour. 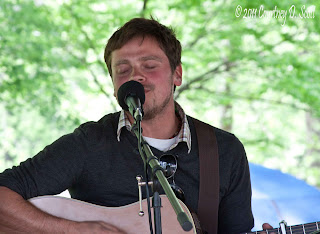 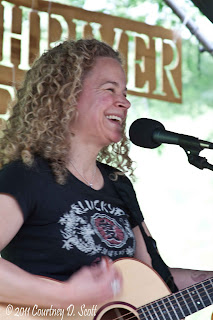 ﻿
I didn't know there was such a thing as a state troubadour in Connecticut or elsewhere for that matter. But after hearing Chuck & Lara, I can understand why they would be named as such.
The SRSF is a family-friendly event and just to prove it, one of the acts was the highly entertaining father and son duo,
Beaucoup Blue. 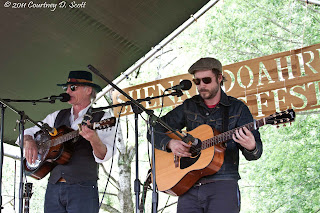 Zippy Jones added a retro feel to the event with her vocal and guitar stylings that conjured the female singers of the 1930s.I wish Zippy had a website I could direct you to. 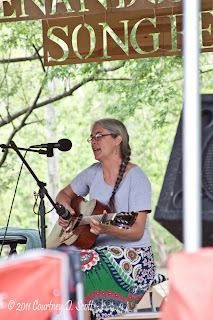 And of course, Bo Weevil was there burning up the frets with his finger-picking style. 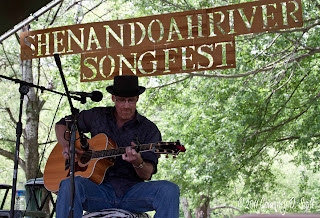 And his twist on ragtime. 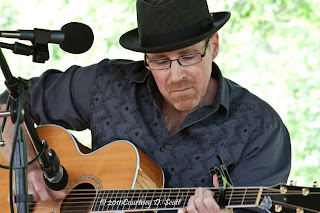 He was well-received as the newcomer to the festival. Maybe we'll all be back next year.
Funny footnote: The title of this post popped in to my head and I knew it was a song lyric from my past. But I couldn't place it. So I Googled it and was very surprised at the source of this lyric. Funny what we carry around in our long-term memory.﻿