My boys aged years before my eyes on Sunday. I took a step back at their annual Cub Scout Blue & Gold Banquet and saw that they had grown up without me noticing. I know they are still young boys but I could see the men forming inside. I could see it... 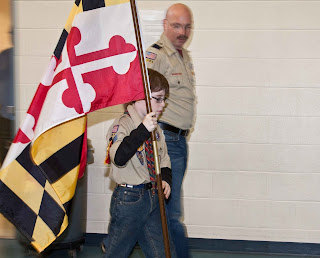 ...as Colors were presented. 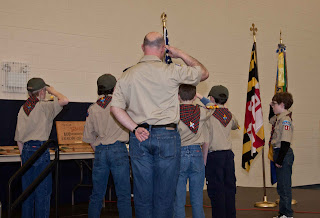 ...as pledges were made. 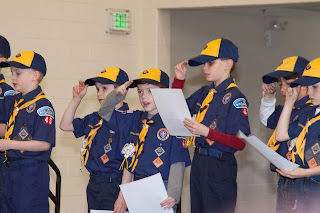 ...as anthems were sung. 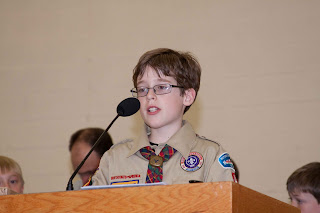 ...as words of gratitude were spoken.
﻿ 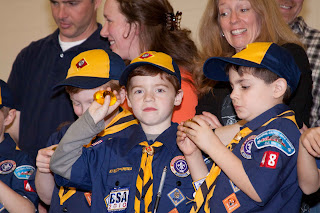 ...as symbols of courage and focus were eaten. 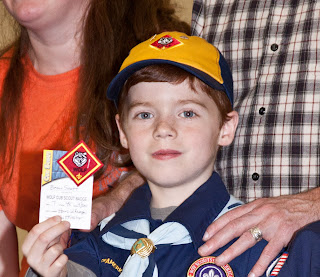 ...as new ranks were attained. 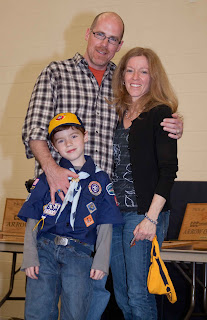 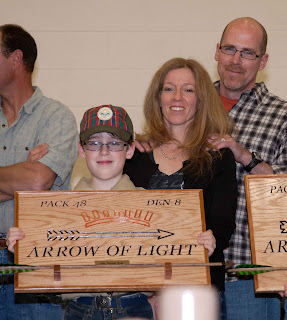 ...as milestones were reached. 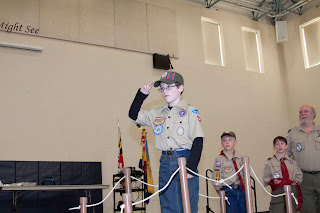 ...as final salutes were given and bridges were crossed. 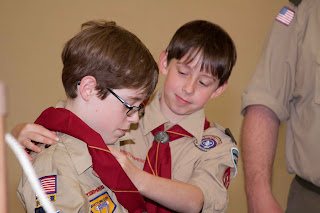 ...as new colors were donned. 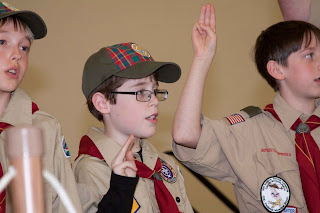 ...as new oaths were taken. 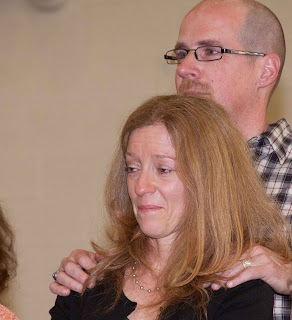 ...and as my mother cried.
No wait, that's me. She and I just share the same crying face. 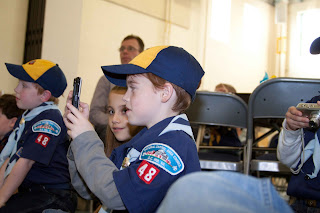 ...Also as little brother's made a video for posterity and time with the ladies simultaneously. 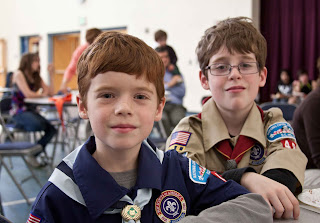 ...and as brothers shared in each other's success.
Congratulations boys men!