But we were entertained by things other than our smartphones all week long.
Like looking at jaw-dropping views. 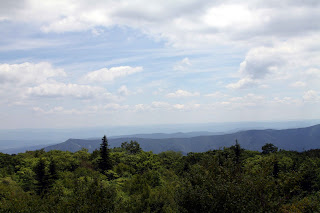 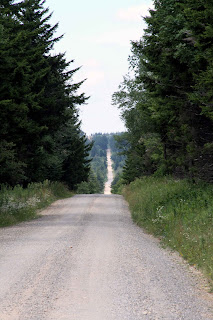 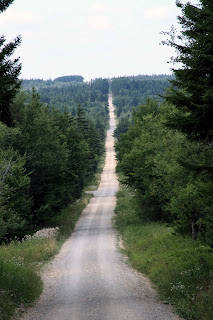 But every now and again between peaceful mountain moments, I would check my cell phone. Just to see. But still no service. It wasn't until we stumbled upon the National Radio Astronomy Observatory hidden in the middle of the Monongehela National Forest did I understand why West Virginia is not a mecca for cell coverage. The reason is this - 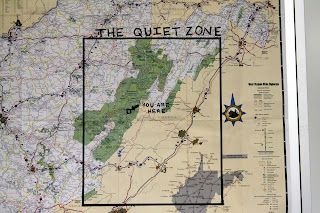 We were right smack in the middle of the The Quiet Zone - 13,000 square miles established by the FCC to minimize possible interference with the radio telescopes at the NRAO. They control all manner of radio waves, from cell tower placement to microwave ovens to the use of digital cameras within certain proximity to the telescopes. Which is why the closest picture of the world's largest fully steerable radio telescope I could get was this. 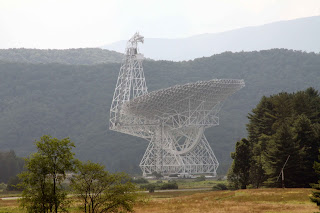 In this very pastoral scene, you can see that this mammoth structure is really sitting out in the middle of nowhere. 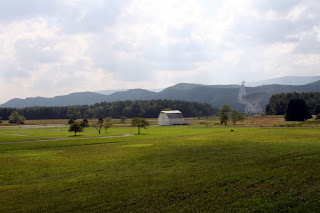 Now what is such a structure like this doing in Wild, Wonderful West Virginia? Listening to space. It is not a transmitter but strictly a receiver for radio waves from any and all sources. 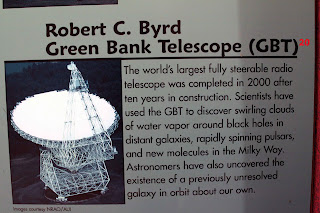 The boys had a great time steering the model in the museum. 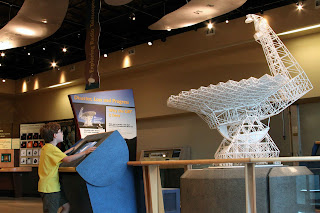 And hubby and I had fun posing in front of the wacky mirrors. 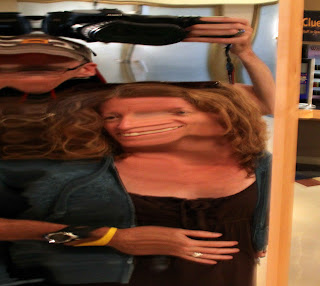 After the cell service mystery was solved, we could get back to relaxing. So we did. And that was the best part of all. 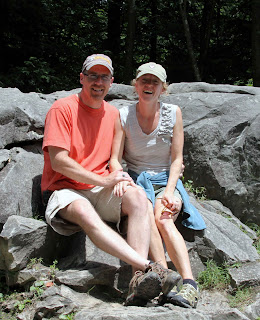