I'm a civilian. I grew up in a civilian household although my father did serve in the Army long before I was born. But we were non-military for all of my childhood. 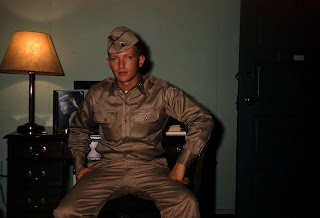 My parents spent the first three years of their married life stationed in Germany. I grew up listening to romantic stories of newlywed bliss woven with threads of post-Nazi Germany horrors and early Cold War schemes. My parents' stories were also decorated with the cold reality of homesickness and the beautiful imagery of affordable, post-War European travel. I was left with a romanticized, adventurous view of military life. 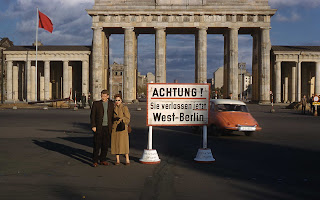 My husband was an Army brat. His father was a career military man and the family moved frequently. They'd pack everything up about once every two years and move from one Army base to another. In the earlier years, these moves were transatlantic and then later, they moved only within the U.S. borders. They lived in far flung places like Zwiebrucken, San Antonio, Bradley Beach, Anchorage, White Sands, Richland.

During each of their moves, they would work in a visit to their grandparents in Alabama. No matter where their new home was to be, they went via Alabama. It is one long trip from Anchorage to Colorado Springs when your interim stop is Clanton, Alabama, especially when traveling in the mode of the day for the enlisted family - the station wagon. But their station wagon pulled a camper so they made vacations of the moves. My husband saw the Badlands, Mt. Rushmore, the Painted Desert, Pike's Peak, all before the age of 13. He traveled the first thousand miles of the then gravel ALCAN Highway decades before anyone in the lower 48 ever heard of Ice Road Truckers. He met John Wayne (yes, THE John Wayne) on the Southern Rim of the Grand Canyon. All of this life experience came courtesy of the U.S. Army.

For a girl who completed her first twelve years of formal education in the same public school district and had barely been west of the Cumberland Plateau, this was the stuff that dreams were made of. My romanticized view of military life was confirmed by my husband's childhood stories.

My youthful, romance-novel-coming-of-age-story view of military life has been tempered by the realities of military life that we all know to be true. I don't mean to belittle the sacrifices and challenges that military men, women and families endure by comparing them to the two examples that are closest in my life. My exposure to the military life is charmed by comparison. But nevertheless, I recognize, as much as is possible from a civilian seat, the truths of military life and I fully appreciate what military families do for my family and me.

We civilians now live steps away from a military base. I can not see it from my house but I am reminded of its presence three times a day. At 0600 hours, I am greeted by Reveille. At 1700, I am brought to attention by the Mess Call. My civilian kids call it the Dinner Trumpet. And then, a lone bugler bids us goodnight at 2200 with Taps.

I love the predictable bugle calls each day. They make me wonder if my young newlywed parents heard these calls as they took their evening stroll down the strasse going home from the Officer's Club. They conjure images of my husband, as a boy looking so much like my own boys, riding his bike through safe streets on Base, racing his brother home for dinner. They don't let me forget that my kids are living in a different world than I and the generations before lived. They comfort me with their constant schedule that while so many things are different, some things never change. 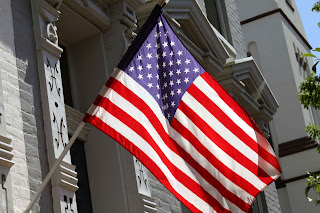