Both boys have great wits. But Son #2, you might know him as Helios, has a quick wit that is far more mature than his little body professes. He says so many things that take us by surprise. I can't remember them all (I know you're surprised about that) so I carry a little notebook in my purse and I write many of them down. 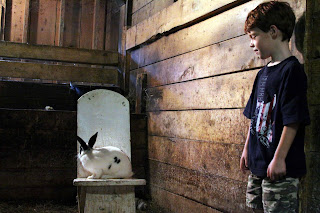 When Helios was 4 and already a Star Wars expert, he asked, "Mom, do you know how many Obi Kenobis there are?" Of course, I didn't know so he told me, "Obi One Kenboi, Obi Two Kenobi, Obi Three Kenobi..." Ingenius! Limitless! If George Lucas had thought of it that way, he could have had many more prequels and sequels and made bajillions more dollars than he did his limited Star Wars saga.

Around the same age, Helios was becoming aware of and interested in his body. He approached me in the kitchen one day, shirtless (him not me), and with both fingers pointing to the opposite sides of his chest, he said, "These are my nickles!"

And later that day, he clarified to Daddy that the brown spots on your chest are "nickles" not "muckles"...for muckles as we all should know are the joints in your fingers. 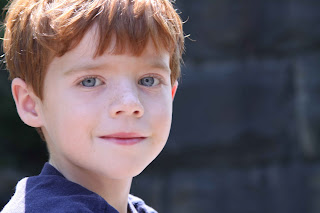 Another time Helios snuck up from behind and startled me. I was a bit shaken with surprise. To soften the moment he said, "I come in peace...well actually I don't." I don't know what his unpeaceful intentions were, but I sent him back outside to make war with Leonardo.

Recently, at the dinner table we were discussing the meaning of Andy Warhol's 1968 prediction that "In the future, everyone will be world-famous for 15 minutes." To which Helios asked, "Have we had ours yet?" To which we answered, "No." To which he answered, "Okay, just let me know when it happens."

I believe his time has yet to come and when it does I predict it be at least a half hour. 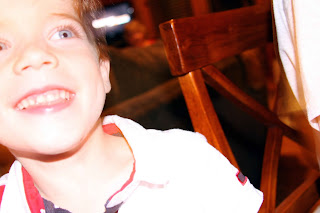