Not So Black Friday

After my last post, which was fairly thankless, I should tell you that we had a very nice thank-filled Thanksgiving yesterday. I don't want to leave you with the impression that we had a horrible day and were unable to enjoy even a moment of it. That's not the way things are. It was a beautiful day with lots of wonderful food and conversations with many family members. We took the dog on two walks, between our meals and played with the kids. It was a day to be thankful for. 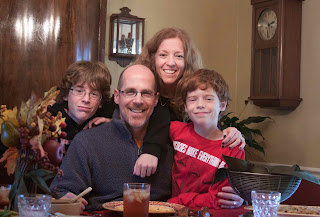 My husband decided to venture out for the 10:00 pm early Black Friday opening of a local electronics retail store. We have never been Black Friday shoppers but why not try to get a good deal? said he. And besides he didn't have to go to work today, so going out late would be fine. Our 12 year-old went with him as a witness to the insanity. That's what they found. The line to get in said retailer was the length of football field. The retailer was controlling the traffic inflow into the store, not car traffic but people traffic. They would only let a few folks in at a time to quell the mob stampede. In the football field analogy, my two shoppers were on their 35-yard line, 65 yards away from the end zone. In the fifteen minutes that my husband committed to this attempt, they moved only 5 yards. It was a "3 and out" play and they gave up. They came home after 5 yards with no TV. There was no way they were going to stay for more. Like the University of Tennessee football team; they are better off not playing if they can't compete.

Speaking of my husband, he participates in the most popular fitness activity for men over 40: cycling. He rides several times a week and cycling is his mental and physical release. And he gets to wear spandex. Here's something you don't see everyday. 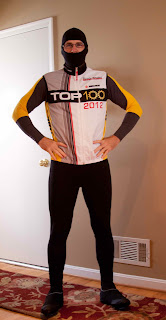 He usually doesn't wear this much spandex at one time, but it was pretty cold yesterday morning.

Speaking of cold,﻿ if we get the cold hard winter that is being predicted, we are all set. We rented a wood splitter this week. 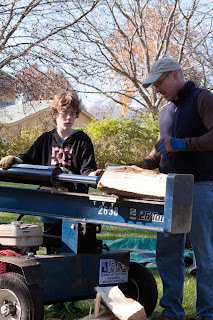 It was a family work day. 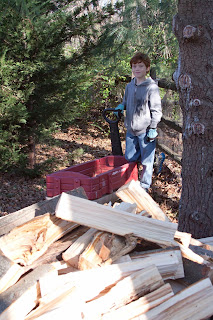 So bring it on winter! There's another wood pile like this outside too. We are ready! 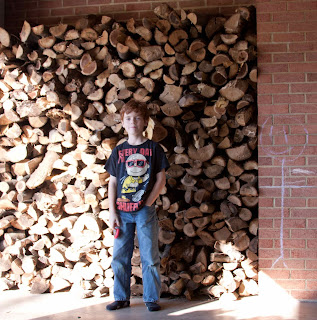 And on this Fragmented Friday, I leave you with this. Our Cub Scout Raingutter Regatta was held earlier this week. The Regatta adds another meaning to Webelos.....We- Blow! 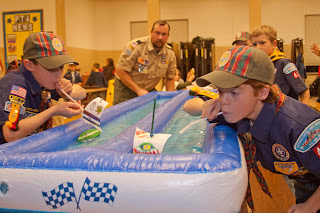