For those who want to know more...see the whole list of 45 Things I Know Right Now


#29 Own your mistakes.
They lose their power when you embrace them.

Maybe some people are born taking responsibility for all their deeds but I had to learn to own all my actions. I could easily take credit for the good things I did, but it was the not so good and even lesser ones that I used in my own little game of hot potato. 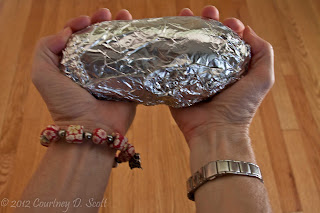 In my younger days, all I wanted was to please. I quickly figured out that you couldn't please everyone. It was not because "they" could not be satisfied but rather because I was human and I made mistakes. I screwed up from time to time. But making mistakes is not pleasing, so I found a way I thought I could please without being perfect: I would cover up the mistake, blame someone else, reframe the situation to downplay my role or just flatly deny any involvement. I'd give the illusion of my perfection. If called on a misstep, I would ramp up a new round of hot potato. It's not mine! Here, somebody else take it. It's too hot to handle! 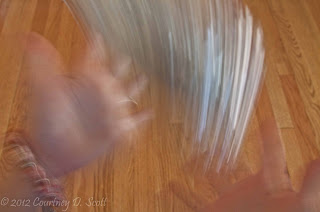 Luckily for those who play this game, the potatoes will cool down after some time and others will lose interest in the game. There is no cold potato game. And that's what I banked on...people losing interest in my particular hot potato soup de jour. Those more enlightened (or just more honest, if I'm going to honest here) than me would not play this game but rather admit the mistake, offer an apology and try to learn for the whole experience.  Sounds simple and really it is. Hot potato is much harder.


Hot potato is harder because even when the game is done, you, who started the game, are actually still in it. You are left holding the paranoia of untruth that you set in motion. That paranoia soaks into your psyche as quickly as butter melts on ...well...a hot potato. Over time, the truth, the lies and the paranoia are as easily separated in your mind as unmashing potatoes into their original individual ingredients. It can't be done. Not without starting over.


Holding your foil wrapped paranoia leaves you waiting uneasily for the next hot potato to be lobbed your way. Talk about a loaded potato. What I didn't realize was that by denying my wrongs, I was giving them power over my life in the form of worry of exposure and the stress of keeping up the illusion.

This all sounds like a very deceitful and clandestine life I was leading. But on the scale of intrigue, it is not even anything that would make a bad, made-for-TV movie. If your idea of good entertainment is the story of a white girl with an average childhood, who goes to college, parties a bit too much, studies a bit too little, chooses a career that in hindsight wasn't her perfect match, marries her college sweetheart who in hindsight really is her perfect match and they have kids before she really knows who she really is, then someone should contact Hollywood about doing a screenplay. But rest assured, this is not the makings of the next Fifty Shades of garbage. 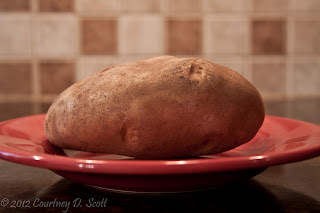 As I grew up older, I played hot potato less often but still wasn't fully honest. Most of my untruths centered around who I was, what I believed and what I wanted in my life. And many of them were silent falsehoods or failures to speak the truth rather than outright spoken lies. Because I couldn't be honest, I maintained friendships that weren't uplifting.  Through my lack of honesty, I wasn't fully open in my relationships with my family, my husband, my kids, or myself. Through my failure to face the truth, I made mistakes as a mother. Through my inability to embrace my mistakes, I made more of them. They grew underground like potatoes covered in stinky manure.

Rather than suffering with the stench, it really is easier to live in honesty like those honest souls further down the enlightenment path I mentioned. Embracing your wrongs and making amends allow you better living in the days ahead and take you a few steps further on you own path.

Initially, the scary part of living honestly is the idea of dealing with the consequences of your actions. Responsibility is easy when everything is rosy, but when you've screwed up, who wants credit for that? I have learned that taking credit for the bad will pay off in respect from others and, most significantly, for yourself. 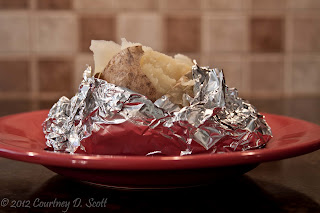 My husband tells our boys a story of his high school chemistry days. He was a good student and chemistry came easily to him. So he used his class time to talk to his table mate, a girl who didn't possess his chemistry skills. To her upset, the teacher would continually reprimand the girl for excessive talking in class. After some time, my husband went to the teacher and admitted that he was the one instigating the conversations. The teacher's response was, "You will go far in this life, young man." From that day forward my husband held a level of respect from the teacher for his honesty and admission of guilt.

This is a mild example of taking responsibility that we share with the boys. We have other, more mature themed examples which we will hold for later should they become necessary. But this one, in its G-rated fashion, illustrates the perks of embracing your mistakes. 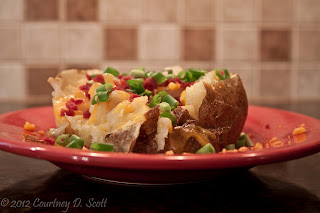 I see the natural inclination for taking responsibility or sometimes not within my own kids. One of my sons is so naturally honest; he can't lie. He is our go-to guy when we are seeking the truth about broken vases and empty cookie jars. My other son is less so. He has my old inborn inclination to sidestep responsibility. He likes a good game of hot potato. He is not a bad person at all but would much rather use smoke and mirrors to stay on your good side than to admit he did something wrong. His inclination for this was like looking in a mirror myself; I saw a young me in him and it scared me straight. I didn't like the reflected image of denial I saw and I certainly didn't want to raise my sons to play personal hot potato. So we work on the notion of owning your mistakes and embracing them so that you have power over them.

Once I realized that just admitting my mistakes diminishes the power of the hot potato, I felt better. I don't even have to have a fix for my error right away to begin to improve the situation, just laying it out on the table makes strides. Everyday, I make mistakes as a parent, as a wife, as a daughter, as a sister, as an in-law, as a friend. The difference these days is that I will own them when I see them. If I don't see them on my own, please feel free to lob it my way...I will catch it and not pass it back. I might even try to play keep away instead.

Email ThisBlogThis!Share to TwitterShare to FacebookShare to Pinterest
Labels: 45 Things