Reunited and It Feels So Good

We traveled again last weekend, back down I-81, to the hills of East Tennessee. This was the view from the back patio of the lodge where we stayed. 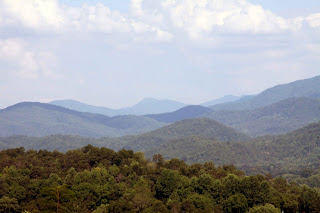 This is the night time view. 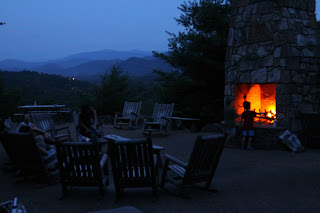 Obviously, I wanna go back.
The weekend's purpose was twofold: hubby's family reunion and my high school reunion.
I won't be posting the family reunion group photos here. Let's just say that hubby's family takes camera-shy to a new level. They aren't camera-shy actually. They are camera-averse. Most of them abhor getting their picture taken. It's genetic for them. For a photographer, this could have been disheartening. But luckily, Grandma, the matriarch and family doyenne, gave me a directive. I was ordered to take pictures of everyone to commerate the event. So I did. And no one got too mad at me. Just following orders. But those family photos are for their eyes only.
But there is one photo, actually two, that I am going to share. These have to be shown. Remember back in February whilst watching the Olympics, I found my Doppleganger? It seems that Olympic snowboarding champion, Shaun White has a strong resemblance to moi. In case you forgot or are too lazy to click on that link in the previous sentence, let me refresh your memory here... 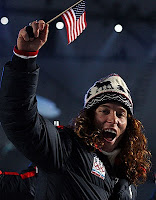 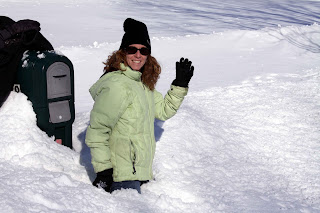 Striking, I know.
Well, it seems that there is another member of our family whose genetic code has somehow been copied by yet another Olympic champion. This one is dead on too. Here's the family member... 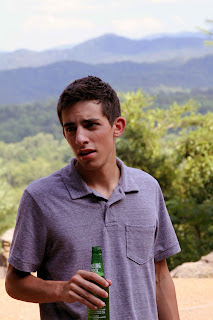 Do you know who his Doppleganger is? Does this help? 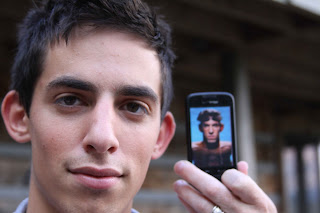 Michael Phelps! Now don't ask either one of us to swim or snowboard, but I think we each might have a future career in the corporate events industry as celebrity impersonators, don't you?
Now back to the purpose for our travels. As I said, my high school reunion was also last weekend. TWENTY-FIVE YEARS. Not believing that myself. But apparently it is true.
I found this little gem of a tune on Pandora Radio (Weird Al mix) while we were driving to the reunion. Quite a coincidence, don't you think?
I know how Debbie feels sometimes. Not the bit about whipping your head around on the hood of a car. But the part about being nostalgic for carefree, younger days.  Most of the time though I don't want to go back to 1985. My life is great now. And I don't want this hair ever again. 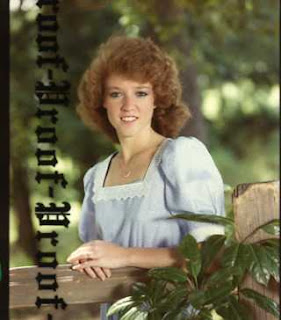 I actually permed my extremely thick, coarse, curly hair back then. What was I thinking?
The reunion was a great time. Saw many old friends. Laughed alot. See my high school best friend and me then... 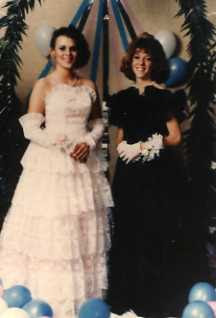 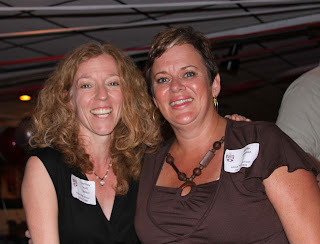 Don't even comment on my hair. I didn't say it was great but, it is better than 1985. You might be wondering why we had our picture taken together at our prom. Let's just say that we both had a better time hanging out with each other that night than hanging out with our dates. Aren't all prom memories like that?
How do I end this random reunion post? Only by saying that both reunions, family and high school, left me with wonderful memories of good times both recent and way too far in the past. TWENTY-FIVE YEARS! REALLY?!

Email ThisBlogThis!Share to TwitterShare to FacebookShare to Pinterest
Labels: family, Self-analysis, The Smokies