The Wonder of It All

It was just announced that our county school will be closed again tomorrow making it the 8th full day of school missed due to the recent snowstorms. Clearly our area was hit extremely hard by the snow and our government hasn't fully been able to clear the roads and sidewalks enough to make them safe and passable for our students.  All the surrounding counties are back in session, if only under a reduced schedule, but I'm not going to comment on that. I would assume our county leaders are doing the best they can to get our kids back to school.  But it makes me wonder if more could have been done along the way.

And with all this time spent with my kids at home, I have been wondering about some other things.  Like, how much time does it take two boys to eat an entire bag of Goldfish.  Well, I really wasn't wondering this before they ate the whole thing.  But I wondered after when I found the scattered pile of crumbs leading to the basement and the empty bag on the basement floor. I then pieced it together. I think it was approximately 4 minutes. I saw one boy enter the pantry area at approximately 10:33 a.m.  I blinked and then he was gone.  At approximately 10:38, I descended the basement stairs, followed a trail of crumbs, saw the empty bag next to the two boys playing Legos.  They were no longer chewing.  So I assume it took four minutes to open the bag, shovel handfuls into their mouths, swallow and get back to playing with one minute to spare as I came down the stairs. 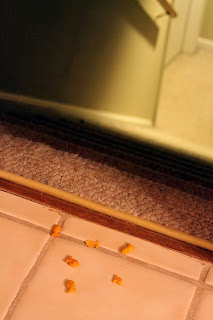 Then I wondered how long it would be before they asked for something else to eat.  It was only 15 minutes.

I also wondered how many times can you check your Facebook, Blogger and Hotmail accounts in one hour.  I lost count somewhere around 35 when someone interrupted my counting and asked me for a snack. 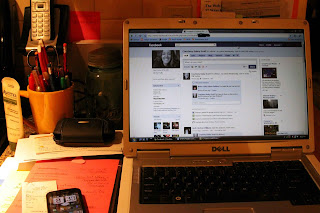 I then began to wonder how many times you can get away with pretending to listen to your child tell you the plot of Indiana Jones and Raiders of the Lost Ark before he notices that you aren't really paying attention to the finer details. I got caught the third time when I reacted favorably to the part where the Nazis drop Indie and Marion into the snake filled tomb. That clearly was not a good turn in the plot and I shouldn't have said, "That's wonderful, sweetie."

After that, I began to wonder how many rounds of MadLibs you can play with a 9- and a 6-year old boy before the words "butt" or "poop" are offered up as viable nouns.  Not a full round.  Butt came up right away followed closely by poop. I couldn't get too upset when one of them pointed out that poop could be used as a noun or a verb. At least he had retained something they had learned at school. 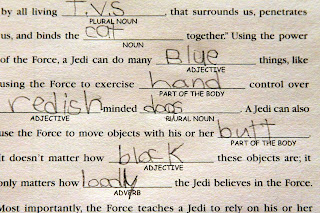 Then I wondered how I am going to get my kids back on a normal school routine, if and when that day arrives. We've been staying up and sleeping in hours later than we would during the school week.  We have been eating at times and in amounts and varieties that are more like a holiday time than just an average week in February. We've had family movie night replete with popcorn and treats six out of seven nights a week.  We've had more homemade hot cocoa in the last two weeks than the boys have had cumulatively in their entire lives. How can we just get up one day and head back to school like none of this has happened?  There will be repercussions. 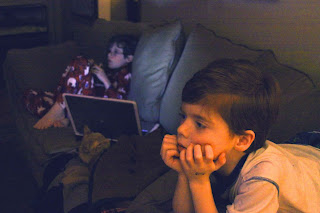 We need rehab.  We need to be detoxed.  We need a 12-step program. Or maybe we need boot camp. Yes, a good hard dose of accountability and routine would whip us back into shape.  I just wonder which one of us has the presence of mind to be the ranking officer in that scenario...