A few weeks ago all the Facebook junkies were changing their profile pictures from pictures of themselves to ones of their celebrity doubles. Doppleganger week it was. It didn't participate because I couldn't come up with anyone even close that I look like.  I concluded that a 5'1" frame topped by unruly coarse red hair and the occasional adult acne doesn't rise to the top of the celebrity cream.  Alas, the week and the fad passed.

But today I'm bringing it back 'cause I found my double!  Can you think of who it might be?  I know I'm a hard one to pin down.  But my double is soooo famous and soooo popular right now.  And my double and I have lots in common, more than just looks.  Here are a few hints.
There are so many similarities!  We could almost actually be the same person! But really I know there are a few minor differences. For instance,
Okay, have you guessed who it is yet?  Well....here you go: 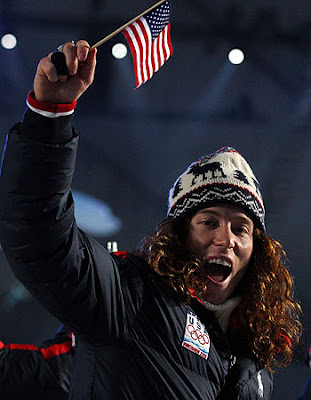 I know it might be hard to see the resemblance right away, what with all the Olympic hype surrounding Shaun, so here's a recent shot of me for comparison. 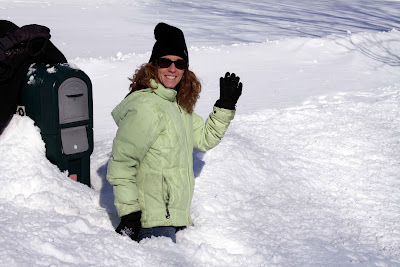 Uncanny, huh? And even weirder, is that Shaun and I at some point were in the same tele booth in London.
Even though, I had attempted to tame my crazy hair by cutting it off, you can still see the similarities. And the same phone booth! I told you the parallels were amazing!