The Passing of the Lore - rated PG 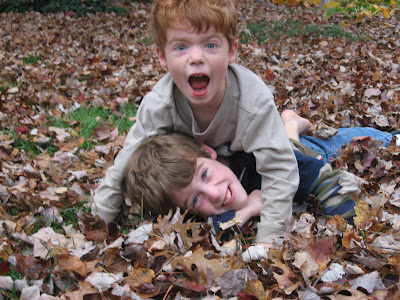 Being mother of two boys and sister to three, I have always been surrounded by all things male. For me as a young girl, boy stuff trumped most girl things easily. I would much rather have been a Cub Scout than a Brownie; the Cubs did much cooler things, even considering the cookies. This attitude was grown from my exposure to the male world: going to Boy Scout Camp basically from birth, hanging around Little League fields for hours on end and the like. (All of these were done under my parents supervision, of course.) I was welcomed at all these male activities but true participation was not ladylike. I did grow out of some of the anti-girl posture but I have never been the girlie-girl.

Now as a mom to these two boys, I am reliving a bit of my childhood over again: being on the fringe of the male world but not quite in the club. I am welcomed at Cub Scout meetings and baseball season is just around the corner for us. All of this I do enjoy. But the deja vu can be surprising.

I stumbled upon the boys recently in a truly male moment, overhearing this from the next room. After their baths, my youngest was trying unsuccessfully to master what his brother and all the Scott and Daley men had mastered before him: the armpit fart. He was giving it a tremendous effort but failing. Big brother, in extreme seriousness, coached little brother, "You must cup your hand, like this." "Make an air pocket between your cupped hand and armpit." "That's it. Keep trying." And then the truly compassionate, "Don't worry. It takes practice. You'll get it." It was a pure moment of male bonding. These instances when the boys are working together on a common goal are infrequent at their tender ages. Beautiful to my mothering ears, despite the subject matter at hand.

But I wanted to rush in and help with the coaching. You may not know this, but I can armpit fart. I was entrenched in this type of behavior as a child. I know this stuff! But to step into that male moment was taboo. Again always on the fringe of the male world. But that is fine. My boys need those moments and I stand pleased as my eldest passes on the Lore to the next.